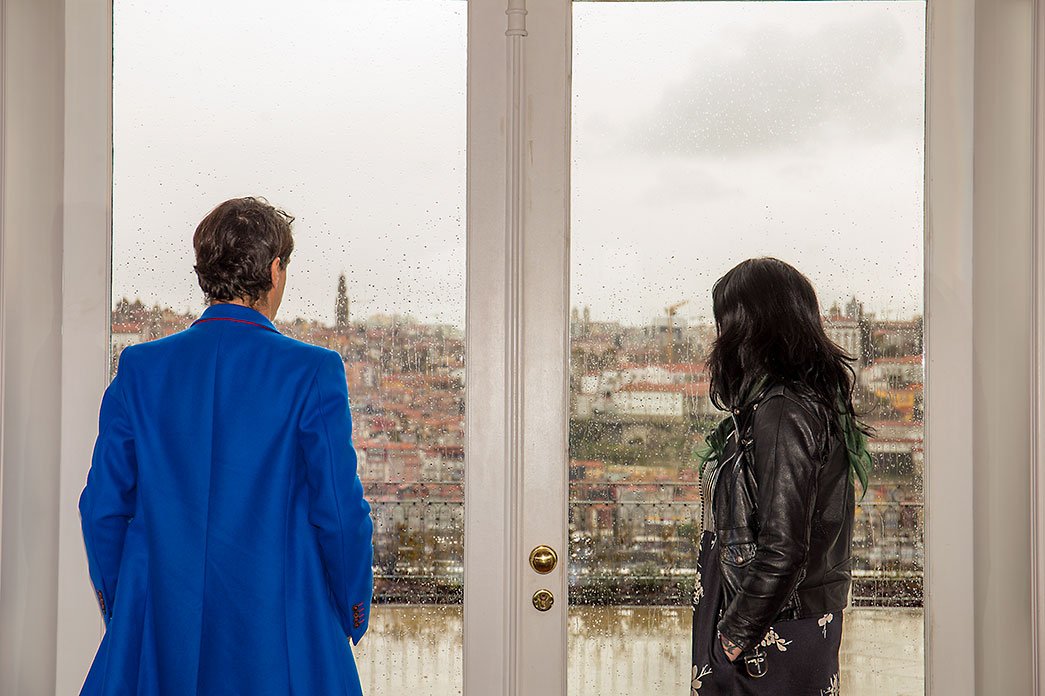 They have, without a shadow of a doubt, achieved a top spot in the Portuguese art scene. The Gift of today represents the culmination of 23 years on the road, full of adventures and lessons, with no room for regret. Nuno and Sónia ensure us that the essence of the band is still there. Shirking the comfort zone they are able to be different. Always with their sights set on the best. This is where English musician and producer Brian Eno comes in, who collaborated, for example, with David Bowie and U2. It was with him that The Gift worked on their latest album Altar. The songs, packed with personality, are there, on fire. And the audience will be too. On March 02 and 03 the band takes the stage at the Coliseu do Porto and the Coliseu de Lisboa.

You’ve been on the road for a long time. What view do you have of how you have evolved as a group?
Sónia Tavares: It’s been 23 years... and it still is. In fact, looking back, it seems those years passed in a flash, even though we have done so many more things than we ever imagined. We would never have dreamed that someday we would work with Brian Eno. We would never have dreamed that we would ever fill an Altice Arena... They are 23 years of experience, plenty of time on the road, lots of knowledge and lots of adventure.

That moment, when you were just starting your career, in which you, still innocent, you handed your fate over to someone who probably did not treat you so well… can this be seen as the best thing that happened to you?
Nuno Gonçalves: Yes and no, because we have no idea what could have happened if they had told us yes; it is always an unknown. We can never say that the independence of The Gift, and the «do it yourself» attitude, of which we are proud, was the perfect way, because we do not know any other way. The other way might well have been awful at times. But it could also be that there was someone interesting, in that same label, who could have exported us sooner. Abroad, we still don’t have a structure that could have taken hold of The Gift. We have teams that work on the concerts, the promotion, but we still don’t have a mega machine working on the records and the career of The Gift. We are very proud to be known as the only ‘self made band’, almost in the world, to have come so far. But I also confess that sometimes it does get you down a bit, this constant climbing of walls, from the concerts we have to sell out abroad, or the new records that we have to make to raise our profile, sometimes it’s all a bit tiring.

What next?
Sónia Tavares: Two very important phases in our lives are about to take place. One is a concert that we are going to give on February 24, in London, at the Union Chapel, where some very good bands have played before. It’s a very important concert for us. All the shows in London always have a lot of importance; the press is always important; because there are always people who are looking for something new. A little unlike our situation in Portugal, where people know us and know that they are not going to discover something new, rather they are going to celebrate. And celebration is precisely what takes place on March 02 and 03, at the Coliseu do Porto and the Coliseu de Lisboa. Then our lives continue, abroad again. So, there are a lot of things this year that we still have to do before we start thinking about our next album.

You have said it many times: this album, Altar, is your best thus far. Did you get Brian Eno to work with you because it was time to show the culmination of these 20 or so years of career?
Sónia Tavares: He’s the one that came looking for us (she laughs).
Nuno Gonçalves: As a matter of fact, it was a happy coincidence. At the time when Sónia suggested to Brian that he work with us, she said just that: our career spans 20 years, we want you. We are no longer a band with just two weeks under our belt. We no longer have just one or two albums. We have to really try the best. We have to try something new. Something that entices us, that stimulates us again, that makes us wake up wanting to go to the studio. And what better than having Brian Eno. And we could never have thought up a better answer than the one he gave us: «I think we will have a lot of fun». And that was fantastic.
Sónia Tavares: Now that we’ve made it to this stage, it’s slightly impossible for us to go back down. Because the pleasure was so great that if it wasn’t like that again we’ll get discouraged. It was so good, so nice; it’s going to be hard to match it.


«We are very proud to be known as the only ‘self made band’, almost in the world, to have come so far»

Does that mean there will be a new record with him?
Sónia Tavares: I hope so, if he can’t, we’ll work with Flood, we’ll keep on working…

You can see that, with this album, critics were very interested in what part was The Gift, and what part was Brian Eno...
Sónia Tavares: I think the songs are all by The Gift. Loaded. With or without Brian, the songs were already there. What he did was produce them really well and adjust the contours that might not have been perfectly outlined. In Love Without Violins, people hear the first chords and the electronic part and say: «Oh, you can really hear this is Brian Eno». And Brien Eno never touched that part, only in the final part. The record is ours.

What has the feedback been like, for Altar, in these last months?
Sónia Tavares: We’re not just playing Altar. Fortunately, with these 23 years of having the band, we have a lot to entertain the audience with. If, during an initial phase, we did a tour of auditoriums and theatres to present Altar, at the same time we were also rocking up at any city celebration and producing an hour and a half of joy. Because we move from intimacy and we adapt things to a more explosive form, more alive. And people have adapted to it quite well. There was even an online poll to know what songs the fans wanted us to play in one of our live interviews and to our surprise it was Big Fish. So things are on the right track.