A tradition, stitch by stitch 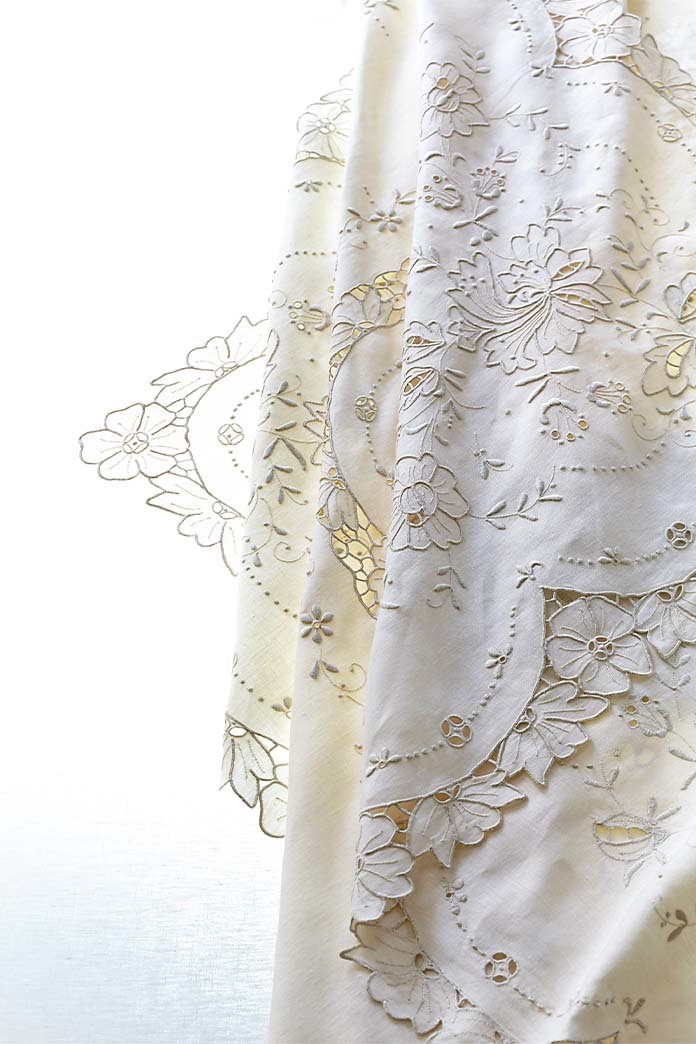 From these hands, sometimes younger and sometimes more wrinkled, comes the acclaimed Madeira embroidery. The fingers are the tradition’s true owners. With perfection and meticulousness, they embroider for hours, days, weeks and months, if necessary. There are pieces that require years of work. The history of Madeira embroidery starts at the beginning of the settlement of the island, in the 15th Century, by the hands of noblewomen, as a means of decorating household linen and family clothing. But the fame only came in 1850. In that year, an exhibition of Madeiran industries was organised at the Palace of São Lourenço, where the economic potential of this art became evident. At the time, British interest in the exhibition was such that Madeira received an invitation to be present at the Great Exhibition, in London, the following year. After that, everything changed. There was extreme praise for the purity and artistic perfection of the pieces and it wasn’t long before it spread to Germany. In the 19th Century, Madeira embroidery had already reached the markets of Italy, the United States, South America and Australia. These were followed by Singapore, the Netherlands, France and Brazil.
Nowadays, the prestige of Madeira embroidery is unquestionable. But, unfortunately, the labour force has been decreasing. If in the 1980s there were more than 30,000 embroiderers throughout the autonomous region, the last official data revealed the existence of only 1500 working embroiderers. Of these, we know that 400 work for Bordal, the factory and shop that produces and commercialises the renowned embroidery. «Our embroiderers work in their homes, where they divide their domestic, agriculture and embroidery work», owner and promoter Susana Vacas tells us.

«Our embroidery is unique! I've never seen anything so well done and so perfect»

In the factory, in the centre of Funchal, the remainder of the whole process can be found. Before reaching the hands of the final consumer, each piece has its own story. It all begins with the designer’s inspiration, who draws up the designs on tracing paper. This is then passed on to the ‘pinker’ who, as the profession indicates, cuts out the perforations for the whole design. This is followed by the stamping, which consists of passing a sponge with special blue ink over the paper, which marks the areas on the fabric that are to be embroidered. Then, the fabric is prepared and sent to the embroiderer. Once completed, the piece returns to the factory, where the work is checked, trimmed, washed and ironed. Only at the end is the embroidery ready to be certified and sold, in the regional market or exported. A process that continues to be done, in all its steps and phases, in the same way as it has been done for a hundred years.
When she joined Bordal, Susana didn’t really understand the fascination that the Madeiran art aroused in people. Only when she started going to the best textile fairs in the world did she understand: «Our embroidery is unique! I’ve never seen anything so well done and so perfect. Our pieces pass from generation to generation. At Bordal, where we have an embroidery laundry service, we receive pieces that are sometimes over a hundred years old and still in perfect condition. If it wasn't perfect embroidery, it could never have remained in this state for so many years», she assures us. This is why she always says that «a piece of Madeira embroidery is an investment».
Since opening in 1962, Bordal, which specialises in tableware, bed linen, bath linen, baby linen, among other market segments, using materials such as cotton, linen or organza, has worked with designers and haute couture houses, «for 15 years, with Dior Home. We mainly sold place mats and napkins. And we did a project with Chanel for the 2005 summer collection. There were 13 models of blouses, of which 11 were embroidered with our designs and two with those of the Chanel museum,» Susana Vacas proudly recalls. To date, the most expensive piece made at Bordal was a 19-metre tablecloth, commissioned by a princess from Abu Dhabi, which cost €45,000. «It took us three years to make and it needed several embroiderers.»
To preserve the heritage of Madeira embroidery, Bordal has planned training courses in this area for next year, through Garanito - Association for the Defence and Preservation of Madeira Embroidery. After all, as it has already been said, fingers are the true owners of this tradition.