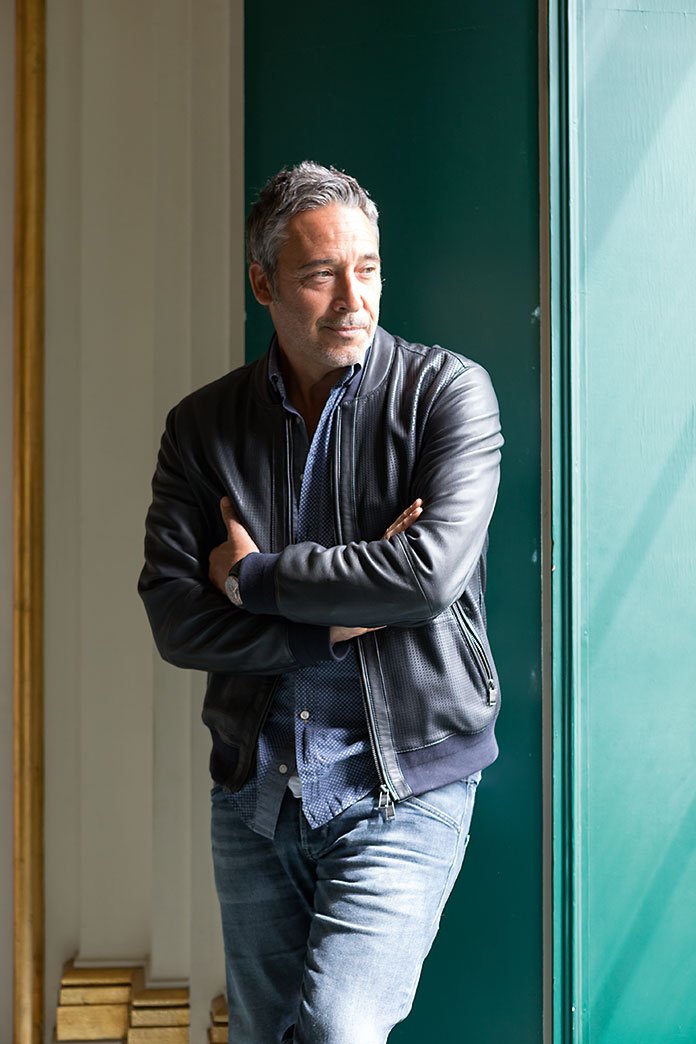 Diogo Infante set foot on stage for the very first time in the Algarve. The role of a young idealist led him to believe that acting was something serious and for the rest of his life. To earn money and help at home, he took a course in tourism, and worked as a guide. But his desire to be an actor proved more powerful and so he returned to Lisbon, where he was born, to attend the conservatory. He has appeared in soap operas, series and films. And, in the theatre, he made it to director and producer. He has already made a short film, which went to Cannes, and has written a script for a film. Returning to the Teatro Trindade, now as artistic director, he has backed a programme that features classics, but there will also be music.

Was the Algarve important for you and your future?
That was where I spent my adolescence, and the first time I set foot on a stage. I was 17 years old and it was at the Teatro Lethes in Faro. It is a very beautiful theatre, a replica of the São Carlos theatre, on a much smaller scale. At the same time, I took a tourism guide course. I was in the Algarve and needed to earn money.

When you went on stage, did you realise that tourism would have no future with you?
Yes, I did become aware of that. The play was called «The Dogs» by Tone Brulin, a Belgian playwright. It was a play about apartheid in South Africa, and I played a young, idealistic, romantic, protester, who turned against his father, who was a Boer. This text was a major challenge, leading me to realise what I really wanted.

You kept up both jobs for some time.
Life doesn’t always put us in the right place at the right time, and it went on like this for some time, until, when I was already working a professional guide and was more or less settled in my life, at around the age of 21, I realised that I was letting my dream, to be a professional actor, pass me by, with all its limitations and difficulties in a country like ours was thirty years ago.

So that’s when you decided to go back to Lisbon, right?
The family all got together. There weren’t many of us, just us three: me, my mother and my grandmother. They told me to do whatever I thought was right, and they would be fine. By «fine» they meant without my contribution to the household. And I left. Luckily everything went very well. I went to the conservatory and, after a year, I was already working as an actor. Initially at the National Theatre and then in film and television – a sequence that has replayed up to this day. 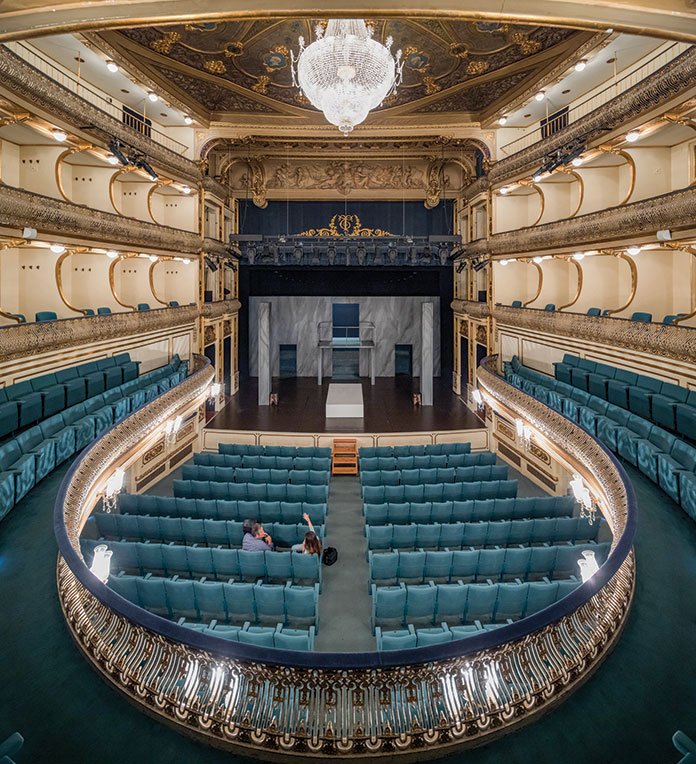 And now you’re back at the Trindade. Is this coincidence or fate?
I like to think that it’s fate; it’s a kind of circle that is closing. In the same way that I made my debut in professional theatre at the Dona Maria and ended up being artistic director, I made my debut as a director at the Trindade, and now here I am as artistic director. Being able to return to this house and being able to contribute to a place that gave me an opportunity has something symbolic about it. I am very committed and enthusiastic about this challenge. And we have had the opportunity to test a different management model, focusing on our own productions.

Do you feel that the various governments have undervalued culture?
Unfortunately we don’t know how to value the role of the arts and culture in people’s education and this is reflected in the state budget. I think we should be on another level. This is an issue that should begin in school. Children’s curricula should contain more artistic and sensitive subjects, which would allow them to develop other skills, not only mathematics and Portuguese, with all due respect for these subjects.


«I believe in and work towards the democratisation of access to culture. I truly believe in this»

You have already played so many characters. Are there any left that you would really like to play?
There are still many left to play; age and experience allow us to aspire to other kinds of roles. Today, at the age of 50, I can play roles I didn’t play at 30. Age naturally brings us into contact with other worlds and other dimensions. I have added «Richard III» to the programme for the Trindade, and I will make my contribution as an actor. It is a character that, I confess, I have never thought about playing. I thought that it wasn’t a role for me.

Because he was considered a weak being?
He is a physically very weak character, and I’m big and a little bit imposing. I really wanted a challenge and I thought it would be good. It’s unlikely, it’s not predictable, it’s not obvious, and this will force me to physically reduce and transform myself and in doing so I hope to surprise the audience in this approach.

You’ve already announced «Chicago».
«Chicago» is an old dream. When I was very little, seven or eight years old, after watching the film «Singin’ in the Rain» I started to dance, like the protagonist, with the hat and singing. I grew up fascinated by musicals. And when I became an actor and in the end a director, I did «Cabaret» in the Maria Matos. Then I spent a few years thinking about «Chicago» until I bumped into Sandra Faria from Força de Produção, and she challenged me and we got the project up and running. It will premiere on September 11 and has never been produced in Portugal. It will be a new and original version. Anyone who has seen the show at other venues, will see that ours is nothing like that.

Is there anything you haven’t done yet…
I made a short film that went to Cannes. It’s called «Olga Drummond». It’s a story about old actors in an artists’ residence. It is a tribute to the acting profession and I had the chance to direct a remarkable cast, among many others, Eunice Muñoz and Ruy de Carvalho. It was a very auspicious premiere and had the support of RTP, so sooner or later it will go on show and, if all goes well, it will perform well commercially. But my ambition is to make a feature film. I have already written a script, I will try to find financial backing, because I don’t get satisfied easily, or quickly, and I like new challenges.