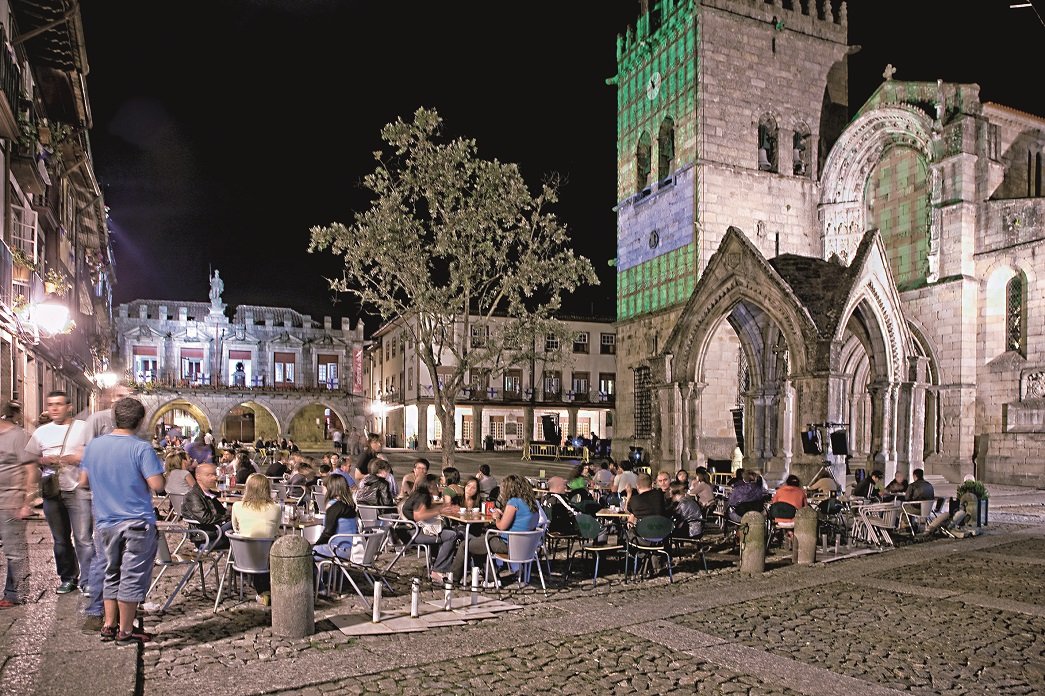 Over time, a certain imagery associated with the foundation of nation has developed... but Guimarães is much more than that. It is an ancient city that reaches us intact, which has survived the carelessness of (bad) taste, not least because stones are heavier than flippancy. Above all else, Guimarães is alive, because there are people who live in it and these people, while feeling pride in the legacy of the centuries, make it dynamic at every level. It is a city with its own scent, it own flavour, with spirit, where heritage survives unscathed, living in harmony with tourism and with modernity.
The Historic Centre is a UNESCO World Heritage site since 2001.
Let’s walk freely from the Castle to the Palace of the Dukes, from Toural Square to the Colegiada, because they deserve protracted visits and because it is important to tread level ground before climbing up to Penha. Wandering around the medieval layout of the city, we make our way to the Praça de Santiago, the Largo da Oliveira and throughout the Historic Centre, a UNESCO World Heritage site since 2001. Beyond the centre’s walls, we feel the beating heart of the city, in the Largo do Toural; we visit the museums, such as the Alberto Sampaio Museum; we pass through churches, such as the churches of Nossa Senhora da Oliveira and of São Francisco. We breathe in nature in parks and gardens, such as those surrounding Vila Flor Palace, and take the time to enjoy a show at the Cultural Centre of the same name, a leading venue in the nation’s cultural arena. We make the climb up to Penha. To finish the visit in a high place is like starting all over again or, at least, to see further and feel the desire to return, and see what you haven’t seen and see the rest once again! What more can words say? Writing is just imitating what you should see with your own eyes: Guimarães, the golden cradle!