«Countries fit inside people; it is not people that fit inside countries» 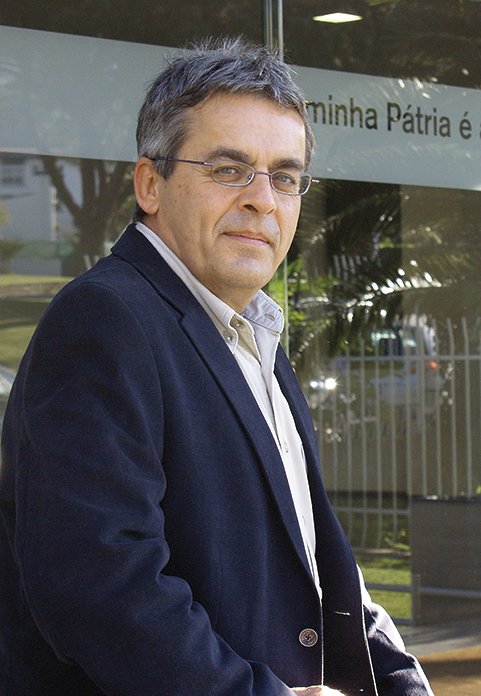 He was born in Portugal, but opted for Mozambican nationality. João Paulo Borges Coelho is a historian and researcher of the colonial and civil wars in Mozambique. He writes about what he feels for the red dirt tracks, where he joins together true and fictional characters. In his literature we are led down storylines that keep us hooked until the final page. He won the Prémio Leya award with a story about forgotten heroes, at a time when the North bled and the South rejoiced. In his latest novel, Ponta Gea, he revisits his childhood spent in Beira, a city that, little by little, the water is carrying away.

You began to write for yourself. Was your idea to organise your thoughts?
We all wrote for ourselves and there was a time, after independence, when I would note down many thoughts about what I was seeing, but I did not know how to position them, in a way of writing something. And so it happened, accidentally, that on a work trip to Zumbo, on the border with Zimbabwe and Zambia, a very remote place, I was writing down stories that I was being told and that I was watching, then I gathered everything together and made the first book, «As Duas Sombras do Rio» (The Two Shadows of the River). It’s about the war and the post-war period in that area.

The war or the effects it causes is a recurring theme for you.
For professional reasons, I am an historian, I work with contemporary history and I became involved in research. I did a PhD on the impact of the two wars, colonial and civil, in a given area and the disposition of the country folk in that territory, and, ever since then I’ve been working with the conflicts. For many years I have been involved with a network of universities in Southern Africa. I have been following the transition to democracy in the Defence and Security sector, and I have been relating with the conflicts, and this has somehow been reflected in the literature. The conflicts have crushed society during all these years; they are still very present, it is impossible to avoid them.

You won the Prémio Leya award with «O Olho de Hertzog» (Hertzog’s Eye), a story about World War I.
There were two reasons for writing this: on the one hand, the figure of the German general, Paul Emil von Lettow-Vorbeck, and the experience of his incursion into northern Mozambique; on the other hand, the great transformation that was experienced in former Lourenço Marques. The capital was the gateway to the great development of the momentum that South African economy was having due to gold and this showed how different the situation was in the same country. The war was hardly talked about in the South, and that made a great impression on me, a war so intense in the North. Lettow made it down to Quelimane, in the centre of the country, and below there was a climate that even had a certain level of cosmopolitanism to it. And, armed with plenty of plotlines and some South African stories in the blend, I headed in, as if into a labyrinth, and walked as far as story took me.

Your characters are intense. We feel as if we are living their daily lives.
I do not have a formula for the characters, nor do I have an idea of​​a plotline when I begin a book. Sometimes a simple environment serves to start with and then it grows and the characters are people that we hardly know at first, but we deal with them every day and we get to know them a little bit better. We spend the day thinking about them, and what they are capable of doing. They have their own strength, the story gives them that strength and so this is how they emerge. Often they are real characters, I take bits from some and from others, other times the resemblances appear later on when they are already matured. I almost always begin with real characters, I like this ambiguity.

«The conflicts have crushed society during all these years; they are still very present, it is impossible to avoid them» 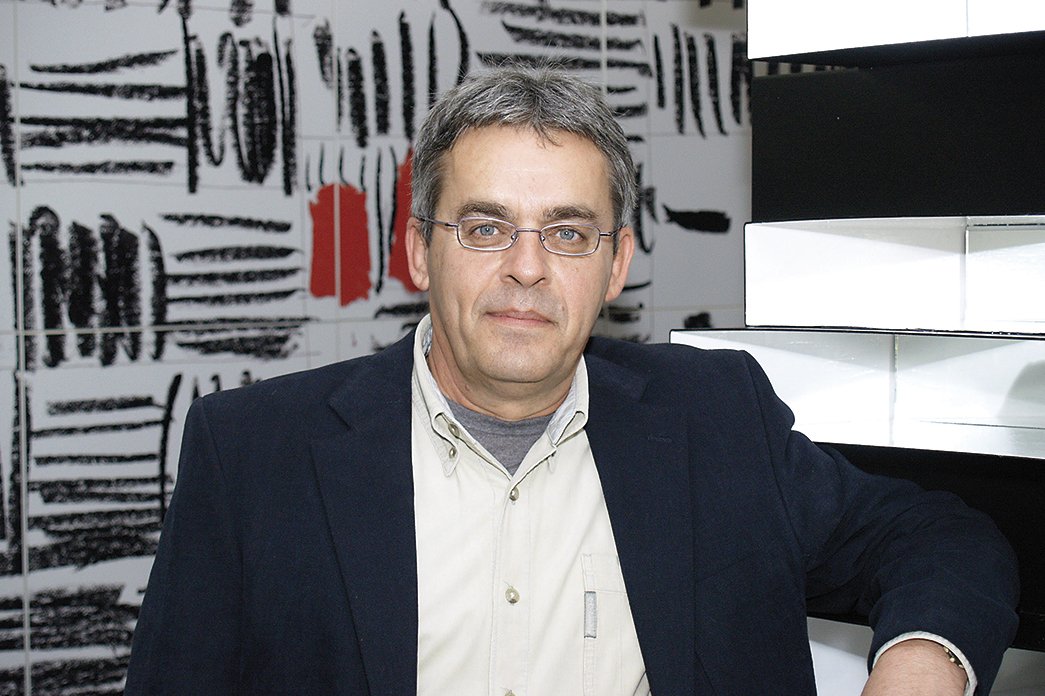 There is a moment when the story changes, a break in the chain. How do you do this?
I do not have control over how the story unfolds, the story dies alone. There is no format in which I think I have to do two hundred pages and now I have to finish. It ends when it runs out of wind, it ends naturally. At least, that’s how it has been until now.

When it comes to an end, what do you do with all the people you’ve lived with during that time?
I bit farewell to them, drink a bottle of wine and wrap up the matter, and I have no urge to reread the books. There have been occasions where I’ve read snippets of them, but it always leaves me very restless. Text, for me, is not something that is fixed. When I go back to it, I would continue to fiddle with it, if I could.

Did you write «Ponta Gea» to pay homage to Beira?
When you write a book, there is no specific reason, there is perhaps a nebula of reasons, some of which we control and others not and which translates into the urge to do so. I wanted a book about my childhood rather, one that takes place in that neighbourhood, Ponta Gea.

Was your childhood something you wanted to record for some reason?
In some way I wanted to discuss for myself the discovery of nature and the discovery of people. It is a book that is very closely related to nature and water, and, in a certain sense, it was foreboding, because of the tragedy that has only recently occurred. Beira has many parts under water, below sea level, and had a belt of mangroves that has disappeared over the past few decades.

Did you know these mangroves well?
Yes, I lived right next to them and I would walk for more than half an hour within the mangroves to get to the beach. Today, the water is right next to this house. Which proves that strips that were somehow securing the coastline have disappeared. To me, that was something shocking. And it has to do with marine transgression due to climate change, to rising tides and coastal erosion. This was a predicted death.

«I do not have a formula for the characters, nor do I have an idea of ​​a plotline when I begin a book»

Are you of plural origin or are you only Mozambican?
Many people ask me about my origin. It’s funny because I don’t see it like that. I think that countries fit inside people; it is not people that fit inside countries. This is a question that I have solved long ago. My great-grandmother, on my mother’s side, was from the island of Ibo, so I have roots in Mozambique and I have roots in Murça, in Trás-os-Montes, on my father’s side, and I was born in Oporto, a little by accident, and a just a few months old, I returned to Mozambique. I went to Tete, but Beira is my city.

Was the decision to stay in Mozambique because of family?
It was not an option, rather it was a condition. It’s my place. I had no reason to leave. When the revolution of April 25, 1974 happened, I was studying in Lisbon, at the Higher Institute of Applied Psychology. I was also at the Faculty of Arts, doing history, and I couldn’t fit in either of these courses. In 1975, I made my journey home, on an empty plane. I was the only one to return to Mozambique. The planes flying to Portugal were full and I was coming back.