«People need to be encouraged to return to Africa» 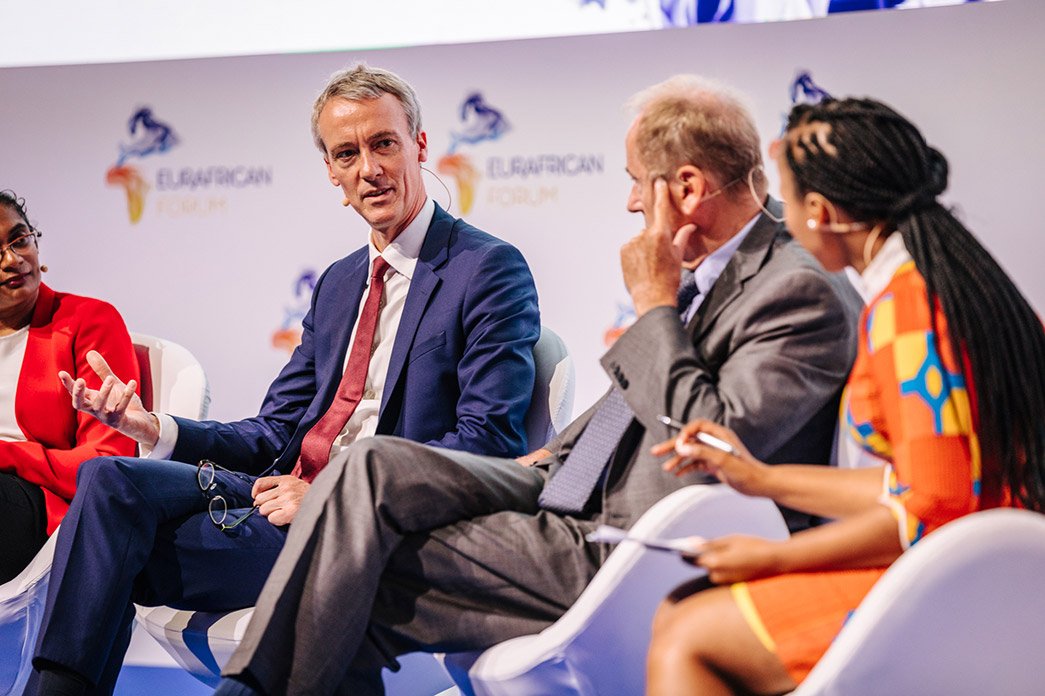 The 2nd Edition of the EurAfrican Forum 2019, which took place at the new School of Business & Economics in Carcavelos, Lisbon, aims to contribute to the future of the relationship between Africa and Europe, taking advantage of synergies and promoting equivalent partnerships. It also intends to strengthen the role of Portugal as a privileged bridge between Europe and Africa. The event has the Portuguese Diáspora Council as and the City Council of Cascais as hosts, and has the high patronage of the Presidency of the Republic and the Portuguese Government.  According to Koen Doens, the Director-General of the International cooperation and development of the European Commission, one of 40 international speakers, is emerging a new partnership model that is based on the value of sharing and building prosperity. According to Koen, «the private sector, and more precisely the entrepreneurs, are at the heart of growth on the African continent». «The private sector today, is Africa’s main actor», reinforces Doens. For Michael Stopford, the managing director of Oxford Analytica in the United Kingdom, «the entrepreneurial sector is the pace of change in Africa» and to encourage the growth of entrepreneurship, «adjustment is needed-and that does not exist». In his own opinion, «People must be encouraged to go back to Africa», adding that «the more partnerships there are, the more attractive» people will be by the African Continent. In order to operationalise this new type of partnerships, and according to Eugene Boadu, the responsible for the Corporate Affairs of mPedigree Ghana, a pharmaceutical software company, everything should start with the right policies, which he considers «critical to set standards». However, he identifies a problem: «Africa does not participate actively in the creation of these policies», which affects understanding and involvement.