«We eat what we are» 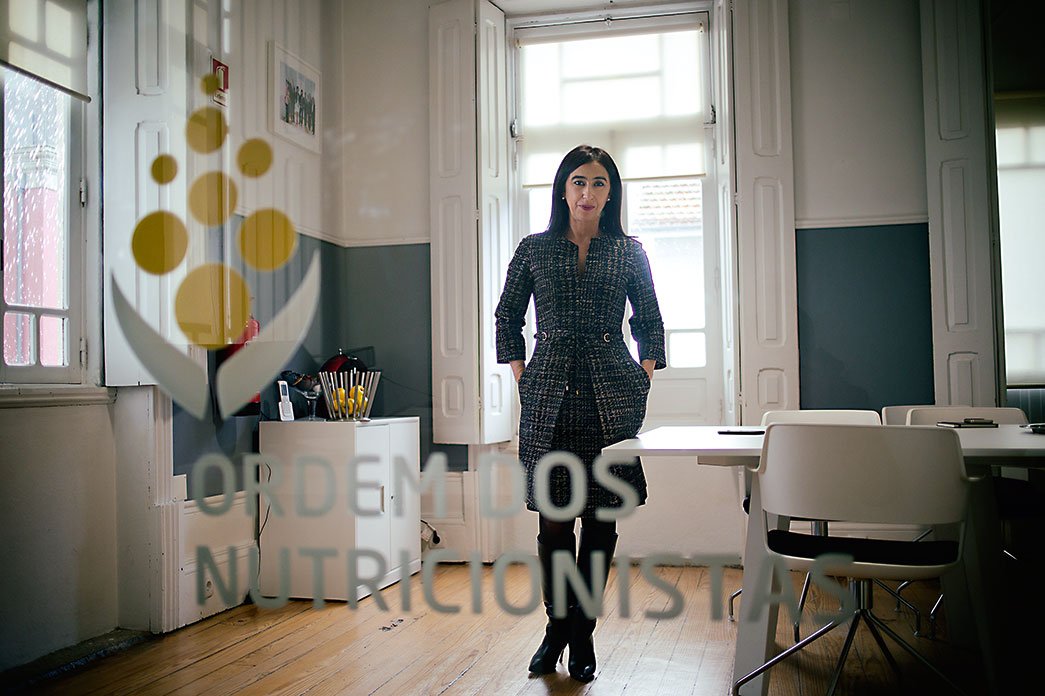 When they spoke to her enthusiastically about the nutrition course, her doubts were dispelled, and she was certain that this was the future for her: promoting good health through food. Alexandra Bento is a nutritionist, a university lecturer and president of the Order of Nutritionists, a demanding and taxing position that was the culmination of 13 years as president of the defunct Portuguese Association of Nutritionists. Safeguarding the profession, promoting it, fighting for the presence of more nutritionists at health centres and in schools are some of her battles, not least because Alexandra is a woman fighting for causes. And because that’s how she is, she has earned recognition for this. And quite rightly so!


When did you first take an interest in nutrition?
It was almost by accident. Although a good student, I was one of those young people who do not know what they want to do in terms of a job. By chance, I met a friend who told me that she was studying nutrition and was so enthusiastic about the course that I was left with no doubts at all.

How has your experience been as president of the Order of Nutritionists?
It is not at all simple, it is very taxing, it requires a lot of discipline, a great deal of willingness to do it and, above all else, it requires you being able to view a profession in the present and taking it forward into the future. Ever since I started working, I have thought that what we needed was a structure that would safeguard the profession, that would promote it and, on the other hand, that would defend individuals who are looking for nutritionists, which is exactly what the Order does now. I was just into my twenties when I decided to run for the presidency of the then Portuguese Association of Nutritionists, with the aim of working for the creation of the Order and promoting the profession. We did an interesting job and managed to put nutrition, diet and nutritionists on the agenda.

«THERE ARE MANY WAYS TO EAT WELL, BUT WE HAVE ONE THAT IS PART OF OUR TRADITION: THE MEDITERRANEAN DIET»

The low number of nutritionists in primary healthcare and their absence in schools have been two of your struggles. Have the Ministry of Health and the Ministry of Education shown themselves open to address these issues?
There are some places of excellence in terms of nutritionist presence: in primary healthcare, which is where the onset of illness is prevented and health is promoted, but also in schools, which is where our children spend much of the day and take almost every meal. If we have a school with nutritionists that allow the food environment to be healthy and promote food education, children and young people will have more food literacy and will be able to make good choices. ‘In the schools’, we have two nutritionists: one in the services of the Directorate General of Education and another in the Directorate General of School Establishments. I will not even go into what I think about this. The Order presented a proposal to the Ministry of Education, with our view on school food. ‘It’s on the table’. With relation to the Ministry of Health, in Health Centres, there are just over one hundred nutritionists. The Order recommends at least one nutritionist for every 20,000 inhabitants. We should have 500 across the country. This year we opened a tendering procedure for the recruitment of 40 nutritionists. That’s great news! There has never been a call for candidates with so many places in one go. Hopefully this means that in subsequent years there may be other recruitment drives.

You launched the book Comer Bem é o Melhor Remédio [Eating Well is the Best Remedy]. What is the intention behind it?
For it to be an instrument that is easy to read and for it to be possible to transform scientific language, which is heavy, into an appealing, everyday language, and that anyone reading it could take advantage of messages that are easy to put into operation. It also has some recipes, but it was a challenge for the publisher. So I invited chef Hélio Loureiro, because I share many ideas and many mealtime attitudes with him. 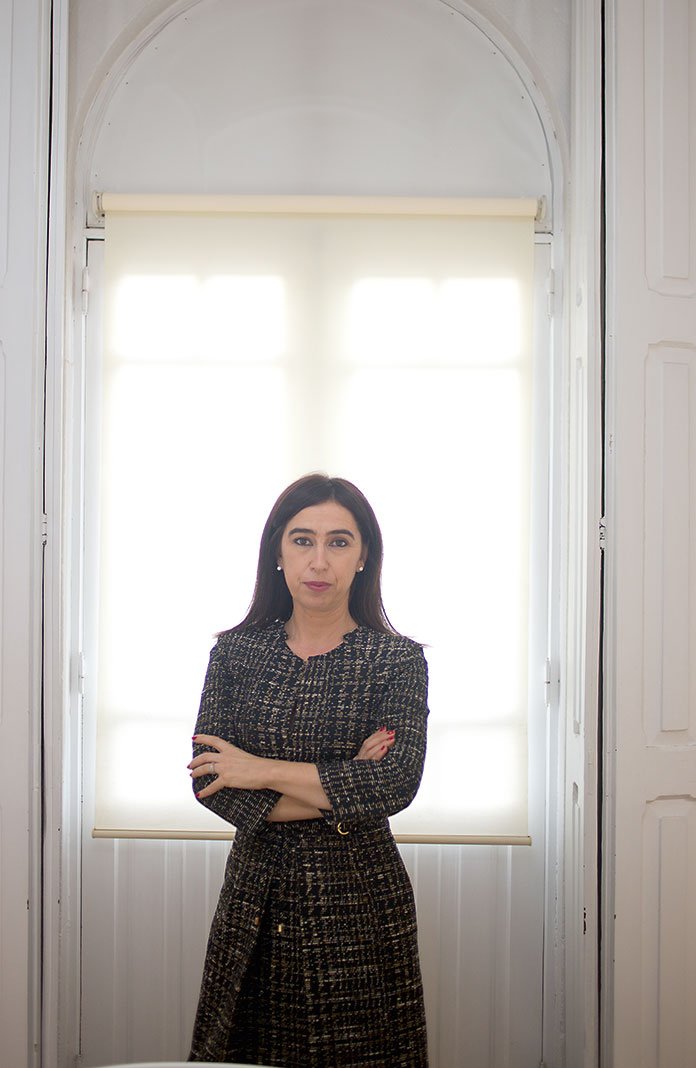 How well do the Portuguese eat?
It’s being getting worse. This is a paradox because, however much our country has better living conditions, however much it may be investing in the population’s literacy levels, however much people understand that food is highly instrumental for good health, the Portuguese shy away from what eating well means, which in essence is the Mediterranean diet. There are many ways to eat well, but we have one that is very particular to us, which is part of our tradition. We have fantastic conditions to do so and we only don’t do so unless there is a major collective willingness to do so. There is no magic formula; there are a series of measures that can be put into place.

«THERE MAY BE A SET OF MEASURES WE CAN TAKE, BUT IF WE DON’T INVEST IN FOOD EDUCATION, EVERYTHING WILL COLLAPSE»


In an increasingly obese society, how important is so-called food (re)education?
Within this series of measures I was speaking about, this is the basis. There may be a series of measures we can take, but if we don’t invest in food education, everything will collapse. If we have about ten million inhabitants to educate, what we have to do is focus on the education of those in the school environment, i.e. children and adolescents. If we work on this space, we are working on tomorrow, but also on the present, because they are able to replicate what they learn at home.

Celiac disease, intolerances, allergies... Is the food market prepared for these conditions?
Celiac disease is a disease treated in the places where diseases are treated. Then there are other individuals, who, without suffering from an actual disease, are sensitive to gluten, which is the same as saying that when they eat food with gluten in it, they feel unwell. But if it makes them feel unwell, they shouldn’t insist on eating it. Excluding these cases, everyone else can and should eat gluten foods because they are essential foods. To exclude them out of fear, trepidation, because it’s fashionable, or a myth, is a poor attitude to eating. For individuals with celiac disease or gluten sensitivity, the food industry is prepared, providing a large array of foodstuffs that makes eating a pleasant experience.

«We are what we eat»?
This phrase makes a lot of sense, because we are more or less healthy largely because of what we eat. There is, however, another way to put it, which could make us think much more. Many times we eat what we are. Which is the same as saying that we eat according to the knowledge we have, according to the money we have and our social condition.

Gold Level Medal of Merit from Oporto City Council, Gold Medal from the Ministry of Health. What does this recognition mean to you?
I have dedicated many years of my personal and professional life to causes, which basically boil down to one cause: to feed. I see, in round numbers, two dozen of my years of life dedicated to the food cause. In my working life I am a nutritionist, but outside of it I have worked on causes related to trying to flag the issue of food as an important issue for the health of the population and for the well-being of a country. If I have done the best I can and if I am recognised, I am satisfied, as anyone would be.