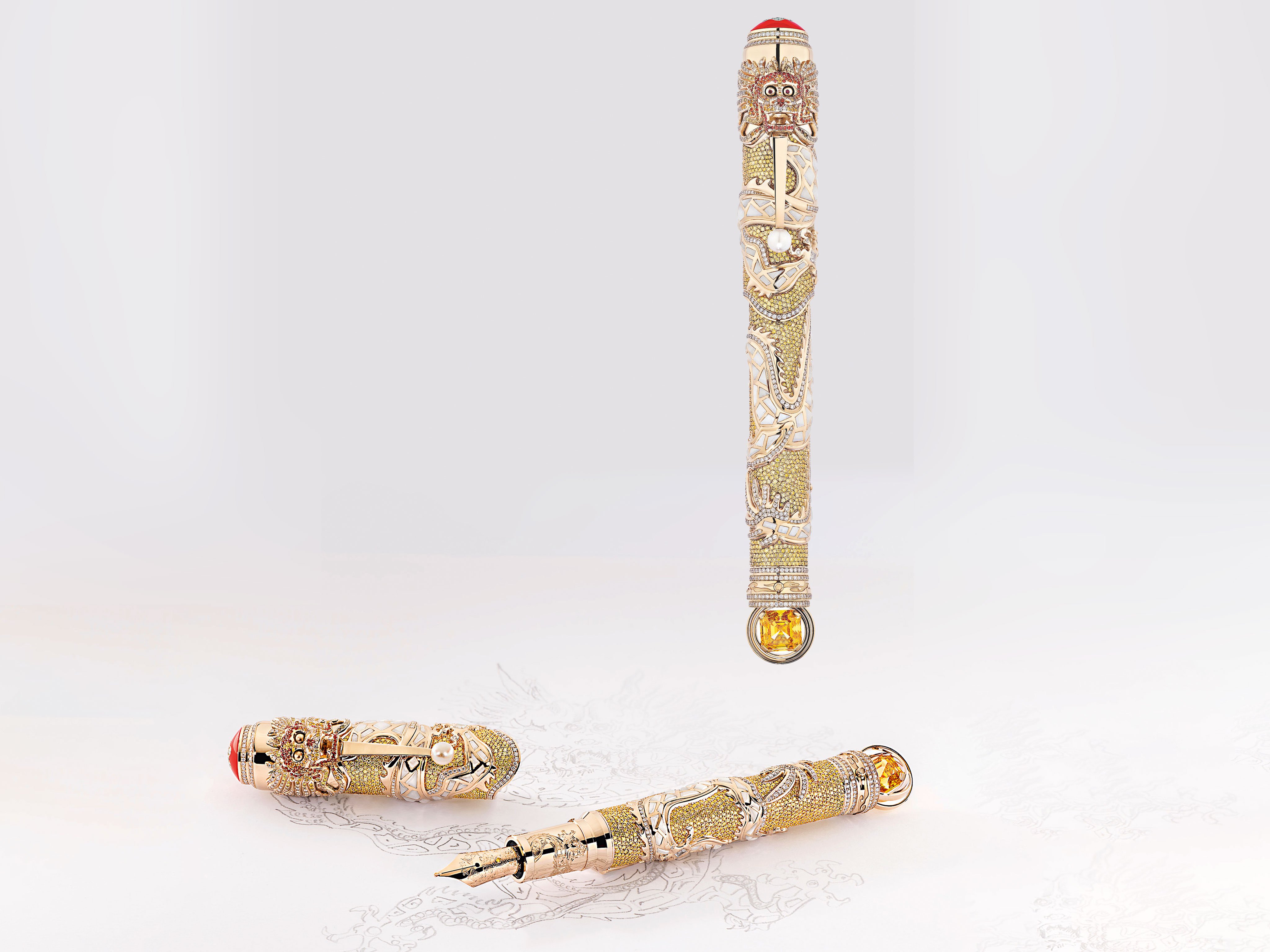 Some pens elevate writing to a precious art form. This is the case of the Montblanc High Artistry Homage to Emperor Kang Xi Limited Edition. Considered one of China’s greatest emperors, Kang Xi brought stability and prosperity to his country after years of war and chaos. During the Qing Dynasty, the dragon was considered one of the most valued imperial symbols and, therefore, this fair and valuable tribute, the result of many hours of work and a great deal of expertise, is materialised in the form of the Imperial Dragon in champagne gold and white jade with individually cut yellow diamonds.