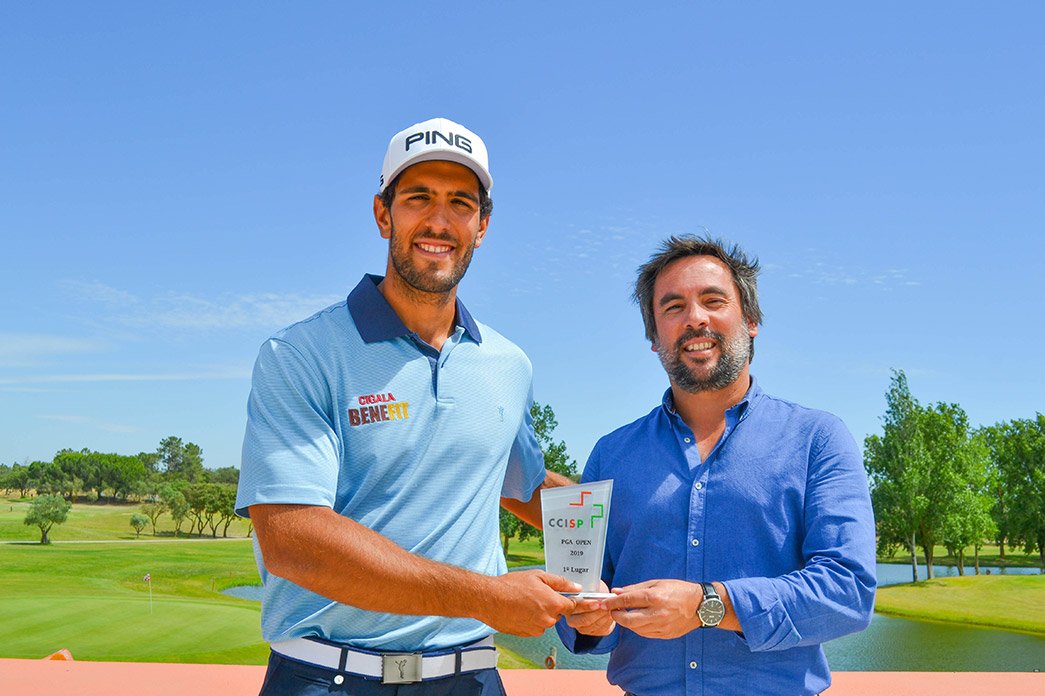 After a thrilling play-off, Tomás Bessa won the second title of the year in the Swiss Open Cup, the tournament with a monetary prize of 6000 euros, that opened the 2019 PGA Portugal Tour. The first title this year was in January, in the 1st Penina Classic, but last October he had managed to be number one in the PT Empresas circuit, a PGA Portugal Tour tournament. Tomás Bessa didn't have an easy victory and needed three play-off holes to beat João Ramos, who came to be 4 holes ahead, marvelling in the opening round with a 67 card ( -5). On the second round, he continued without suffering any bogey until hole 16. In this hole, Ramos lost his first hits in the competition, and then he got a double-bogey, while Bessa took his 4th birdie of the day. The draw took place at hole 17, where Bessa managed one more birdie. The play-off, however, was in Bessa’s favour, giving him the victory. The third place went to Tiago Cruz (70 + 69), who was 5 under Par, with only 1 to go to play-off, while João Carlota (71 + 72) was fourth with 1 under Par. Among the 34 participants, only the first four finished the competition under the Par of Montado Hotel & Golf Resort’s course, in Palmela, which was designed by Jorge Santana da Silva. The next competition of PGA  Portugal Tour will be the Manuel Agrellos’ Cup, on the 2nd and 3rd July, again at Montado Hotel & Golf Resort.