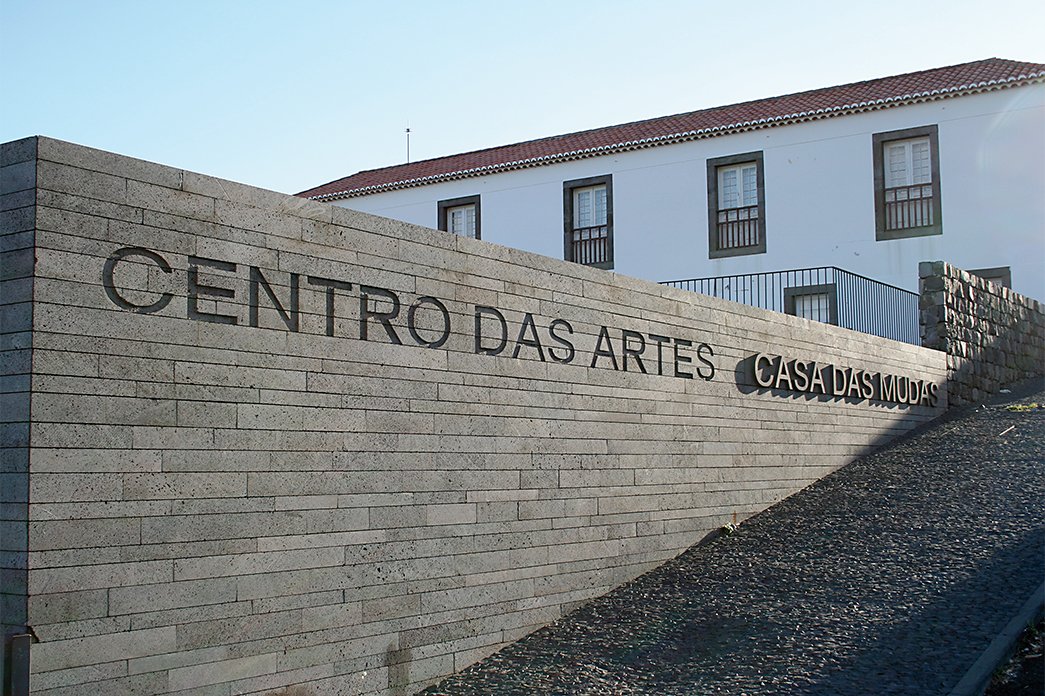 High on a hill, overlooking the town of Calheta, on the island of Madeira, stands the Casas das Mudas, which currently houses the Museum of Contemporary Art, previously housed in the São Tiago Fortress, in Funchal. The space has a covered construction area of 12,000 square metres, and was built as an expansion of the already existing Casa da Cultura da Calheta.
The project, designed by Madeiran architect Paulo David, was opened in October 2004, and took on the name MUDAS. Museu de Arte Contemporânea da Madeira, in 2015. It is a vast architectural complex, which, throughout its years of activity, has held several temporary exhibitions, as well as a varied programme that includes music shows, plays and conferences. Its collection is vast and diversified with works of art from the 1960s to the 1990s, representing a wide variety of artists of national importance.

Its collection is vast and diversified with works of art from the 1960s to the 1990s, representing a wide variety of artists of national importance.

The building was designed to create an environment that provides various perspectives from the inside, over the sea and the surrounding hillsides. Internationally awarded, with the Alvar Aalto medal (2012) and nominated for the European Mies Van Der Rohe Contemporary Architecture Award (2005), it should be noted that the original estate, which dates back to the 16th Century, changed several times and now duly included in the project – the Morgadio de Vale de Amores – belonged to Duarte de Brito and Dona Joana Cabral, granddaughter of João Gonçalves Zarco, the discoverer of Madeira. These lands were originally owned by Dona Beatriz, Zarco’s second daughter, and by Diogo Cabral, a surname genealogically associated with the discoverer of Brazil, Pedro Álvares Cabral.
14 September 2021
T. Filomena Abreu
P. Francisco Correia