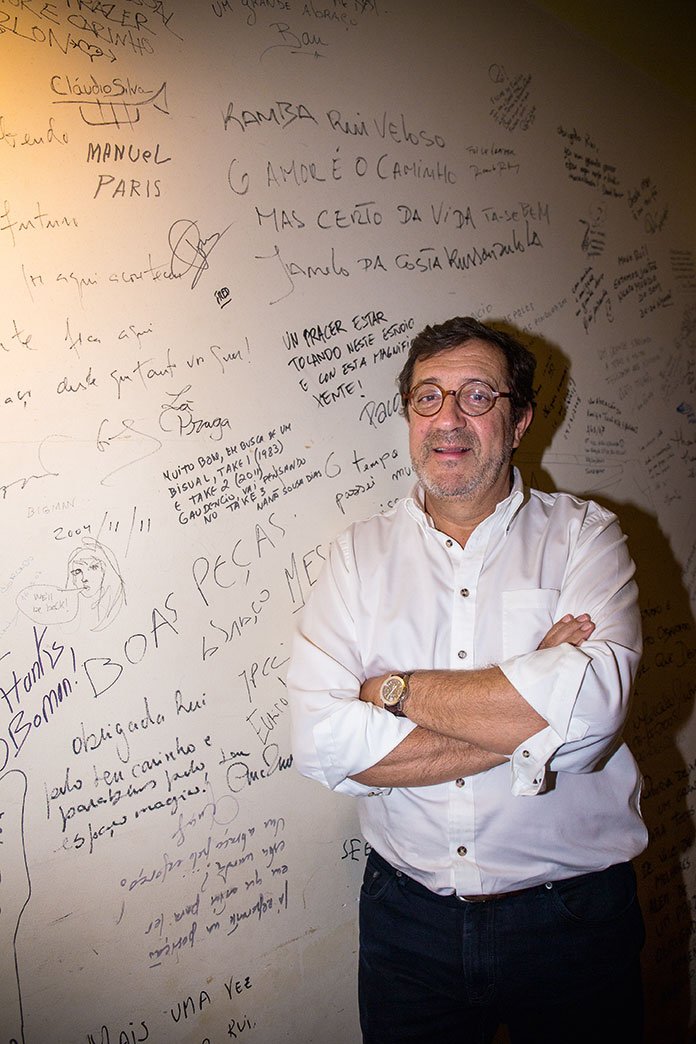 As O Prometido é Devido [As Promised], we’re travelling not from Porto Sentido to Porto Côvo, but rather to the home of Rui Veloso, in Almargem do Bispo, Sintra, where he welcomes Villas&Golfe for a relaxed interview, direct and unabashed. With Todo o Tempo do Mundo [All the Time in the World] we listen to Rui. And he has much to say to us. A little of everything. About his 35 year career, about politics and Portuguese leaders, about the abyss towards which, in his view, the world is walking. And just like a Cavaleiro Andante [Errant Knight], he shows his Lado Lunar [Lunar Side], confessing that As Regras de Sensatez [The Rules of Good Sense], after the April 25 Revolution, should be taken on by today’s politicians, who are taking care of Portugal. He also adds that, «we’ve already had 40 years to understand that we need a good sweeping out». With a broom in hand, or not, Rui Veloso Jura [Swears] that music isn’t as good as it used to be and is going around like a Chico Fininho [Smart-aleck] who thinks he’s a musician, or songwriter, but he isn’t. And this A Gente Não Lê [Is What We Don’t Read]. We didn’t need Um café e um Bagaço [A coffee and a liqueur] either to make this conversation flow on a Dia de Passeio [Daytrip] heading to the central-south. It is clear to see that A Paixão [the Passion] of this Estrela do Rock and Roll [Rock and Roll Star] is music.


What is special about Oporto and what connects you to the city?
The people of Oporto, of course, they are a different people from the rest of the country. I grew up there. It’s my city. It will always be my city.

What do you miss about it?
What do I miss...some things: cafés, for examples, that are no longer there. The cafés have been turned into banks. Even the barber’s has become a bank. I miss the Avenida da Boavista in its less busy days, when trams passed by. You can’t even walk there now, it’s all so confusing. I miss a calmer Oporto. All you see is tourists, like in Lisbon. There are some people that like visiting the city in the middle of this confusion and having to queue up. The other day, a museum was opened (MAAT) and people wasted hours and hours to go and see the museum for free.
«Much of it has nothing to do with music, but they call it music»
You left Oporto and came to Lisbon…
I never left Oporto or, at least, Oporto never left me (He laughs).

Over 35 years, you’ve released a lot of songs. Is there one that is most iconic for your fans?
Yes there is, A Paixão.

Chico Fininho, Anel de Rubi... will you stick with the same register?
I can’t change my voice. And now, with my age, even less so. What am I supposed to change? Nothing.

A fado song, for example…
Oh, yes, exactly. Sing a fado song (he laughs). Aren’t there enough already? There are more than enough! 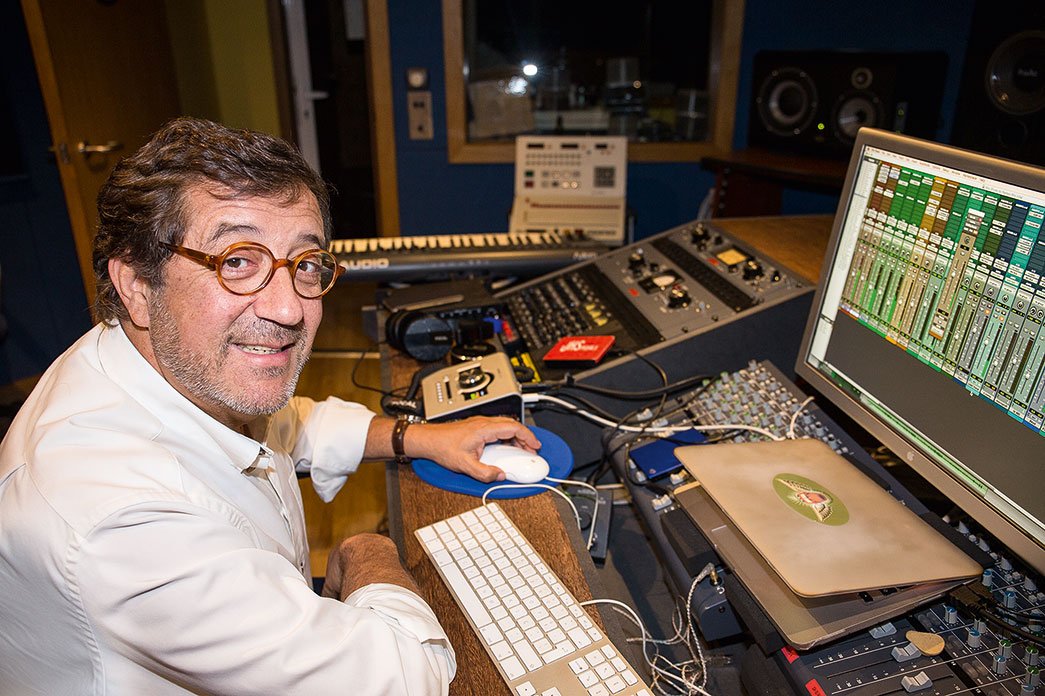 Music has become trivialised, is that what you think?
With these talent shows, where people all think that they’re going to be singers, what can we do? Nothing. Watch them. But I would say 99.9% of them won’t become singers.

What’s your view of music in Portugal?
It’s a bit like the whole world. It’s poor. Much of it has nothing to do with music, but they call it music.

What’s missing then?
People need to get it into their heads that music needs to be made by musicians. Just like operations need to be done by surgeons. There are a lot of smart-alecks that want to make music and to sing. Fortunately for us there are no ‘dudes’ out there that want to become doctors. If there were, many people would die. But there are those David Guetta’s and such, artists that don’t have the merest notion of what it is to play an instrument, but what can you do?

Has the world become too easy?
Yes. Too much information. People think that if they get information about the business, then they know it all. But that’s not really what culture is.
«We’ve now had 40 years to understand that we need a good sweeping out»
You’re one of the good ones…
I’m different at least. There’s no one like me (he laughs). People know me for my voice.

It shows that they easily associate the singer’s voice with the person themselves …
It’s very strange. I need to go to Vietnam. Go somewhere where I can walk about and no one knows me. Travel. Go travelling abroad, feel more free.

Hard Rock was the album that kicked it all off, after which you never looked back. What was so special about it?
Who knows? I was 22. It was a special time. Just a few years after the April 25 Revolution. We were still just coming out of the shadows of dictatorship. It was a different era in Portugal, which can never be repeated. Although I believe that we really need a good sweeping out.

Why do you say that?
It’s there for all to see. We’ve now had 40 years to understand that we need a good sweeping out.

What is it that you don’t agree with?
Paying for the luxurious lives of politicians, the screw-ups of politicians, which they do again and again, and never stop. No one answers to the people, from whom they suck out their money and take all their taxes. What we need is a Sérgio Moro, or a Baltasar Garzón. I don’t know if Carlos Alexandre is this; I’m not sure.

So you don’t agree with current policies? What do future policies need then?
For one thing the justice system urgently needs to be reformed in Portugal, which politicians would never have the nerve to do. We have a justice system in which, from what I can see, the judges aren’t controlled. Therefore, the judges rule in Portugal and there are also corrupt judges. It’s a vicious circle that never ends. We’ve now seen the shameful situation of the Azores elections, in which 60-or-so percent of the population couldn’t even be bothered to vote. And that’s clearly the way it’s heading in mainland Portugal. 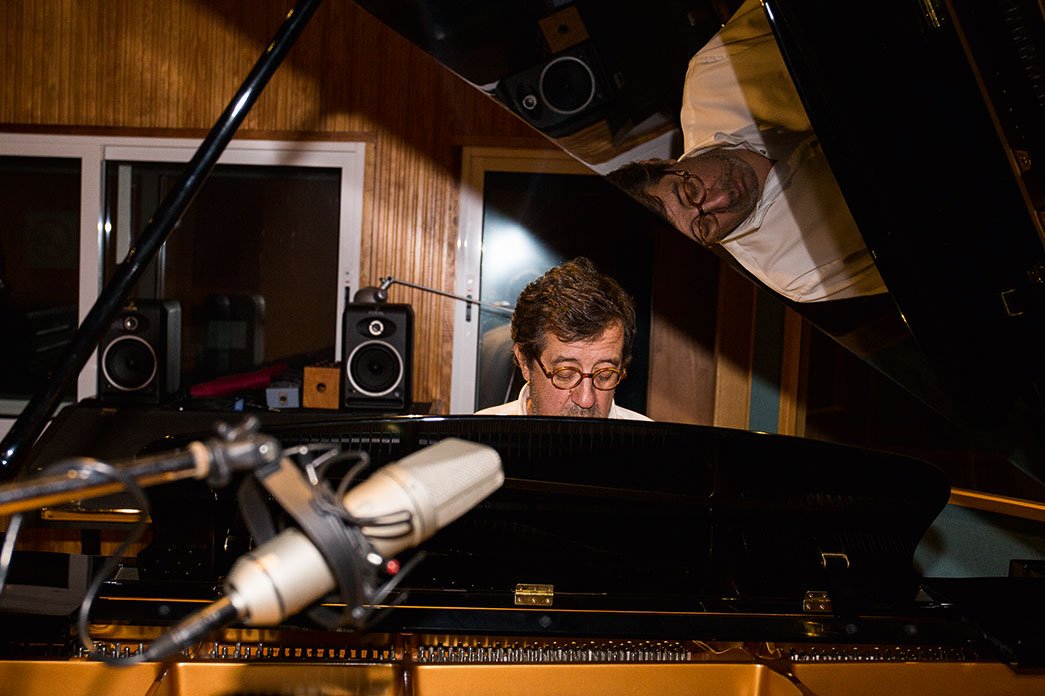 Don’t people believe in any polticians anymore?
Not one. And what is extraordinary is that politicians are immune to this and operate in a kind of bubble, in which they ignore the fact that the population is increasingly disconnected from its destiny. The greatest concern of politicians, at the very least, should be abstention; but politicians make abstention work in their favour. One day this will all turn out badly; it has to end badly.

When you say end badly, are you talking about another revolution?
There has to be another one. You can’t say that this is the democracy that was trumpeted after April 25, because this is anything but. Anyone who invokes and walks around citing democracy needs to examine their conscience. This is a word that can’t be said in vain, freely and lightly. And the word democracy is Portugal’s greatest ‘prostitute’, it’s on everyone’s lips. In Europe itself, the concept of democracy is very adulterated, and the blame lies with the governments, the parties.

Is there any party you identify with?
I haven’t identified with any party for years. The parties have their vices, they obey the hymn sheet, and they have many secrets, many closets. When only 50% of the population votes, they talk about the 50% as if it was the entire population. They forget that in the other 50% are millions of Portuguese people. Basically they trick us with the truth. Now it’s the Caixa Geral de Depósitos, before it was EDP, TAP, the stadiums, all the business they do. There are half a dozen ‘buddies’ that start off without a cent and then end up with a villa in Quinta da Marinha.

And what do you have to say about António Guterres being named General Secretary of the United Nations?
I don’t think Guterres being voted for in the United Nations will bring us anything special. It would bring something special if the Assembly of the Republic got together and did something as one for the people that live here.
«The judges rule in Portugal»
And the world…
The world too is on the verge of a third world war. Putin’s little toys and the American’s little games. A part of humanity is walking towards the abyss, towards collective suicide.

Last year you celebrated 35 years of career. What have these years ended in and what can we expect still?
You can’t expect too much. What I want is to travel and work less. I’ve already greatly harmed by family life, to go and make money. Now, if I’m able, I’m going to what I didn’t do while I still have the energy. Another ten years and I’ll be almost 70. It’s a joke, right?! I’ve bought many books; I want the time to read them. I still live here in the countryside, for twenty or so years. If I had lived in Lisbon I would have gone crazy; I don’t even know if I’d still be alive.