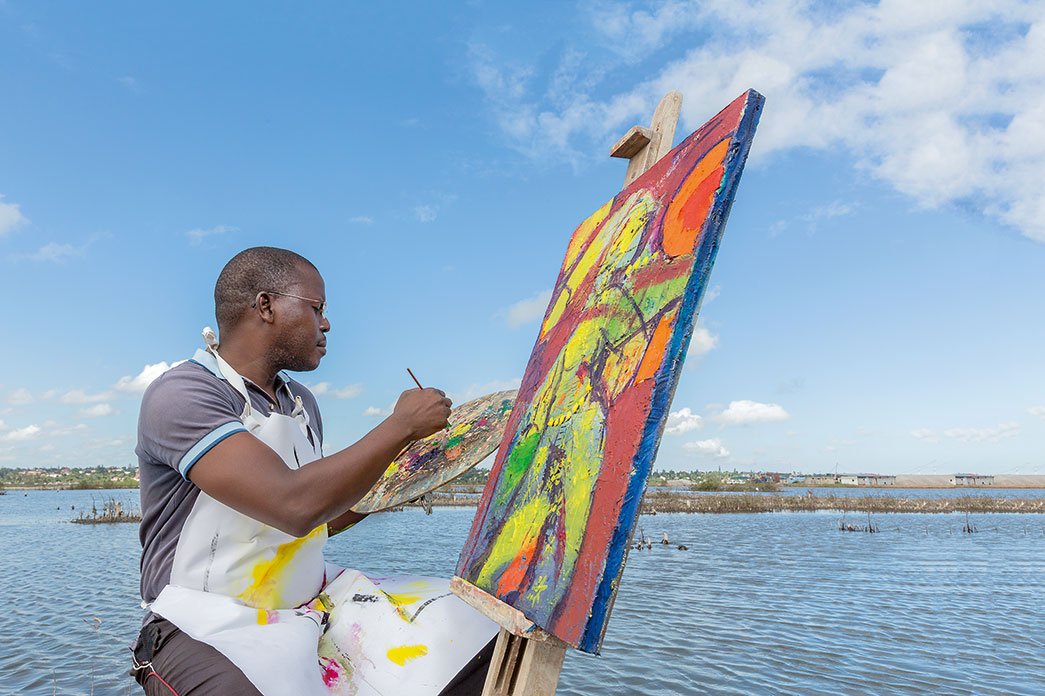 Colour, combined attractively and harmoniously, aroused in Silvério Salvador Sitoe, Mozambican artist, an indescribable feeling. He had always had an admiration for the abilities of people, who, using a creative form, left their mark on objects made in clay, wood, capulana fabric or simply paper. This is probably why the artist would draw in the dirt, ever since he was a child. He studied drawing at the Education Faculty of the Eduardo Mondlane University (UEM), in Mozambique. Master Cipriano was the first person to buy pieces of his art. Sitoe currently lectures at the Instituto Superior de Artes e Cultura in Maputo. He already has a personal project underway – the Casa Museu Escola –, on the banks of the River Matola, where he wants to come and work with children. «It’s delightful to work with kids. It’s as if you’re reliving your own childhood, drawing and colouring in dreams!», he confesses.

When he thinks about painting, for the most part he is aware of what he wants to do. «Today, when I wake up I feel obliged to paint! It’s as if this were my duty on Earth», Sitoe reveals. And he adds that when he stands before a blank canvas, «I get an amazing adrenaline rush!» Transfigured and keyed up, he launches the first paints onto the canvas. And it becomes a stage, for him alone. The canvas, hiding a host of secrets, colours and shapes, becomes unspoiled beauty. It all begins with a touch, a brushstroke here and there, a colour, two, three and more… «After having managed to reveal my inner garden on the canvas it all ends with the pleasure of contemplation!», says the painter. Sitoe doesn’t live from art alone, because, «man does not live by bread alone! (he laughs)». And, when we ask «Where does your inspiration come from?», he replies, without hesitation, «woman! This goddess of a thousand and one delights! I bow down to the courageous woman! Wherever she may come from! Who wouldn’t paint the life of that woman, who, even when injured and bleeding inside, finds the strength to take care of her children and smile to the rest of the world? She is the light and the hope of humanity!» And, with this, what is there left to say? 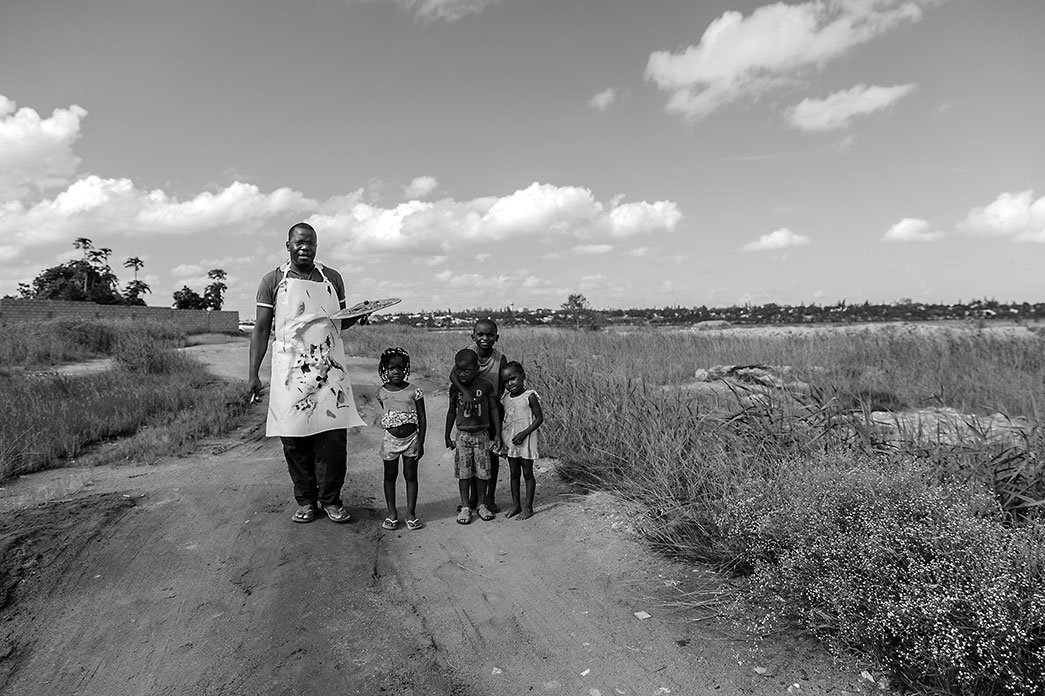 Sitoe’s pieces are dotted around the globe, in public and private collections. In Maputo, some can be found in his studio. He has already represented Mozambique, on several occasions, in Portugal and in the rest of the world, in assorted exhibitions.
The photo shoot with Sitoe for Villas&Golfe took place next to a nature reserve, with flamingos, next to a salt flat. At that moment of painting, he felt «Freedom!» Not least because the place «inspires so much peach».  In addition to painting, Sitoe also likes listening to the radio, reading and loving!