Adv.
In 2001, an unprecedented magazine, unlike anything else in Portugal hit newsstands throughout the country: Villas&Golfe magazine. Much has happened since the day it was dreamed up and today. Portugal and the world have gone through several changes and Villas&Golfe has made its mark, a constant presence bringing you the best of what’s out there and what’s being done. It has brought you culture, heritage and history; it has shown you travels and dream destinations, select products and the finest wines and dishes, the best places to stays and experiences; it has always taken you to a world rich with sophistication and it remains at the forefront of political and economic issues and figures of national and international prominence.
Having reached its 100th issue in 2018, the magazine had achieved a milestone that needed to be fêted. While the world was spinning, advancing or retreating over these 17 years, several people were also making history, in their professions, in their occupations and in their creations, overcoming crises, inventing and reinventing themselves. By this we mean entrepreneurs and personalities in the most varied areas that have left their mark on the country’s business and artistic scene. And for Villas&Golfe, in its 100th issue, its ‘Gold Edition’, it would only make sense to celebrate its journey alongside these people, speaking about their own lives and works. To this end, 100 national figures, who, from the point of view of their activity, have made a difference, were brought together in interview form, and it was decided to mark the date with a commemorative event.
Once the date, August 25, and the place, the Medusis Club – a newly-opened club in Almancil, Algarve – had been chosen, preparations went into overdrive. And then, the time had come. The time was 7:00 pm on a Saturday evening. The red carpet was rolled out through the Medusis Club, and the setting sun heralded a warm evening that slowly drifted towards night. The scenario was aglow with glamour, jewellery, artwork and twinkling lights... The elegance of jellyfish filled the space; the surrounding nature topped it off... The guests began to arrive and everything was ready for the launch event for the 100th issue of Villas&Golfe magazine. With the guests arriving, the Medusis Club prepared a welcome cocktail and served some amuse-bouches. During the event, in a private exhibition, which guests were able to view, respected artist Anabela Silva gave us an intimate presentation of some of her most iconic and exclusive works.
And there was still room for a magnificent dance show. Then, with the fantastic swimming pool as a backdrop and music provided by a saxophonist, guests were able to enjoy spending fun and relaxed moments among friends, accompanied by a choice of finger foods, carefully prepared, and drinks, cortesy of patners Healsi, Ideal Drinks, Malo Wines, Herdade da Malhadinha e Pernod Ricard.
Among the various guests were interviewees featured in the issue, as well as friends and partners of the magazine. Toasts were made to the 100-issue landmark, to 17 years of existence, to the successes achieved and to those still to come, so that we can continue to accompany you and to bring you the universe of Villas & Golfe. 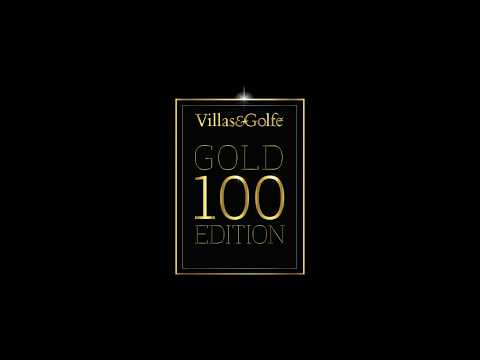