Friends and partners together, in the Algarve

The day began and the sun gently covered the vast green swathes of the Dom Pedro Victoria Golf Course, anticipating a warm but pleasant day of golf. This was the start of another edition of the Villas&Golfe International Cup, which took place on July 21, on one of the Dom Pedro Group’s magnificent courses, in the Algarve.
The heat was rising as the 72 players arrived at the course, but so was the excitement. Playing the course’s 18 holes, the morning passed quickly and deliciously, between shots and laughter, mainly because there was plenty of the tempting cured ham from Solar dos Nunes, the creamy queijo de serra cheese from Queijos São Gião, joined by fantastic wines from Garrafeira Soares, and support and boost in energy supplied by the snacks served by Concessionário Bernardo Sousa Coutinho and Healsi waters.
This was followed by a welcome drink, courtesy of Herdade da Malhadinha Nova, and the buffet lunch, served at the magnificent Anantara hotel, washed down by white and red wines from Malo Wines. After lunch, it was time to announce the winners. The many and varied prizes had been provided by the various sponsors and prestigious partners that took part in this event, including Eurobic, Rangel, Nevada Bob’s Golf, Topázio, Ouronor, Castelbel, Olhar de Prata, Agência Abreu, Monte da Quinta, Monterosa, Baobab, Clínica do Tempo, A1 Real Estate and l'Atelier des Créateurs, among those mentioned previously.
With an outstanding score of 47 points, the overall winner of the 1st Net event was Celso Ferreira Gomes, followed by Mário Ferreira with 42 points and Bhupendar Singh with 41 points. Ricardo Pereira won in the gross category with 37 points, followed by Tomás Carlota and João Paulo Pingo, with 34 and 33 points respectively.
In the special categories João Paulo Paiva hit the Longest Drive, and Paulo Rosa took the Nearest the Pin prize. The highest ranked lady on the course was Sue Georges, with 33 points.
Held each year, the Villas&Golfe International Cup circuit passes through Angola, Mozambique and Portugal, and is already a tournament of choice among national and international golf fans. This year was no exception and the initiative reunited friends and partners of the magazine for another day of great fun, conviviality and sport. Don’t miss the next edition!
Until then, take a look at or relive the best moments of the event in the «events» section at www.villasegolfe.com. 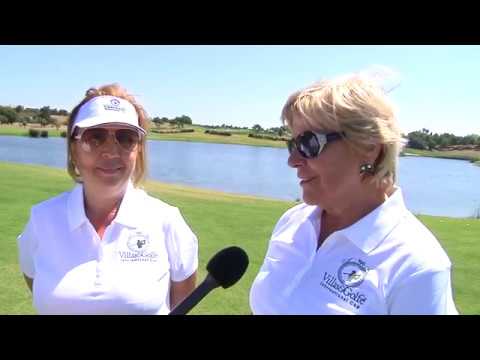