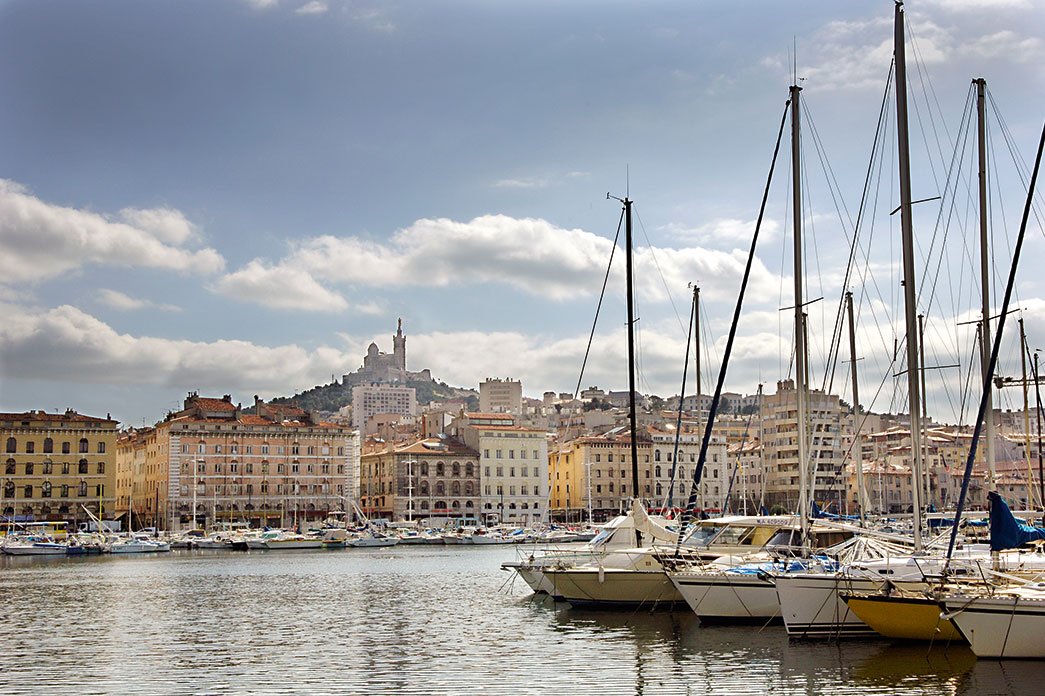 France’s second largest city may not have the charm of Paris, but, embraced by the Mediterranean, it can pride itself on its almost constant sunshine and miles of idyllic beaches. The soul of the French people can be found there, and in significant amounts, but certain areas of the city are able to transport us to hidden corners of Africa and the Middle East. It is also easy to notice the influence of the Italians, who migrated to the region at the end of the 19th century.
Capital of the Provence-Alpes-Côte d’Azur region, Marseilles was founded by the Greeks 600 years BC. Extending along the north shore of the Vieux-Port, the citadel dates from that time. There are a number of other remains from the same era dotted around the port.
Although Marseilles is the economic capital of France, it manages to remain true to its culture, which is reflected in its numerous museums, theatres and opera houses.
The Abbey of Saint Victor, the Château d’If, the Château Pastré, L’Estaque, the Vélodrome and Le Panier are just some of the many places to visit, but it is impossible not to be charmed by the Vieux-Port or the Basilica of Notre Dame de La Garde, where the views, at a height of about 154 metres, ensure you fall for the wonders of the old landscape, in harmony with its modern counterpart, both kissing the sea.