The elegance of Danish cuisine 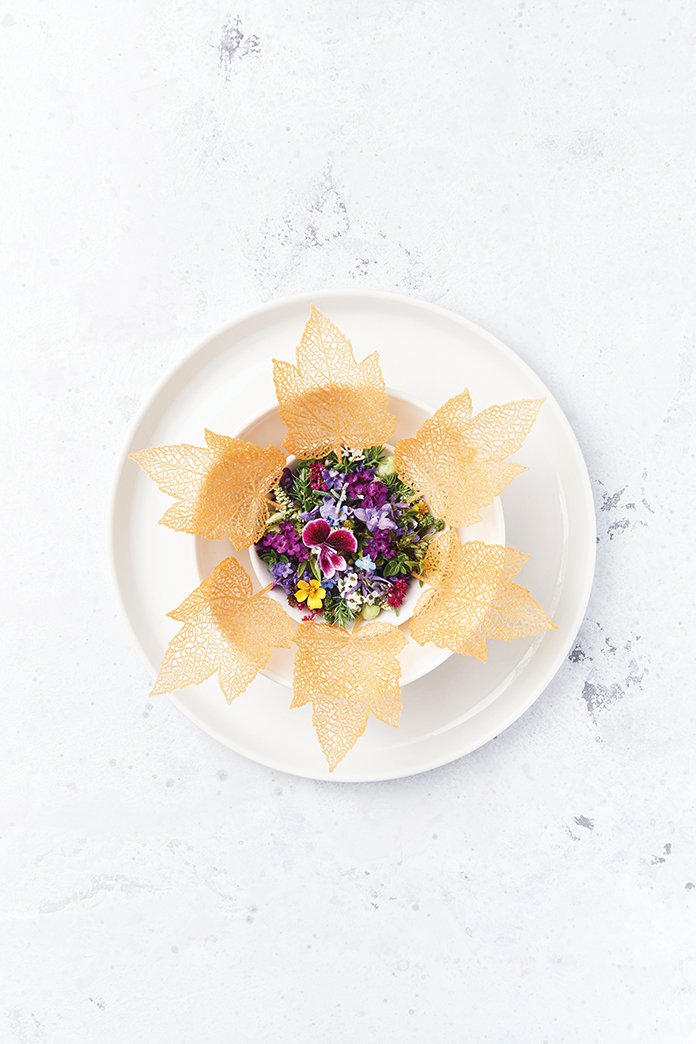 For the more attentive among you, Geranium is not a new name. Three stars in the Michelin Guide, since 2016. Wine Spectator grand award, since 2016. Recently voted the second-best cuisine in the world in the World’s 50 Best Restaurants ranking. And this is just a recent part of its curriculum.
The Danish restaurant is situated on the 8th floor of a building in Fælledparken (Common Gardens) in the centre of Copenhagen, from where you have front-row view of the changing of the seasons, which are mirrored in the treetops. A landscape that competes with the green copper roofs of the city and in the distance with the windmills of Oeresund. The location emphasises gastronomic diversity inherent to Geranium, which explores the curious tension between the urban area and the surrounding environment. The restaurant is bright and airy. The décor showcases the best of Scandinavian design, with simple lines, soft colours and original details. The entire space reflects the vision of its co-owners: Rasmus Kofoed (chef) and Soren Ledet (wine director and manager). It projects a classic and understated elegance, modern art and elements of nature. But let’s get to the food and wines.

The menus change seasonally and are inspired by nature

Geranium has a light, lucid and dynamic cuisine, with the aim of creating meals that engage all the senses and provide guests with an unforgettable experience that satisfies, challenges and enriches them. Menus change seasonally and are inspired by nature, which can be seen outdoors and tasted indoors.
Chef Kofoed's unique outlook on life leads diners to discover the cuisine of their origins and feel a deep connection to the land, to share the same respect for the environment that allows to understand, honour and elevate local ingredients into a beautiful tapestry of flavours and textures. No wonder he is the chef to have won the Bocuse d’Or the most times.
Soren Ledet, meanwhile, is a former chef turned sommelier. He manages a cellar of 12,000 bottles, where there is no lack of biodynamic wines, classic vintages, among other fine surprises. A demanding job and one that is continually evolving. But his greatest reward, he believes, is to see his guests smile. For all that has been described here, it would appear not to be difficult.