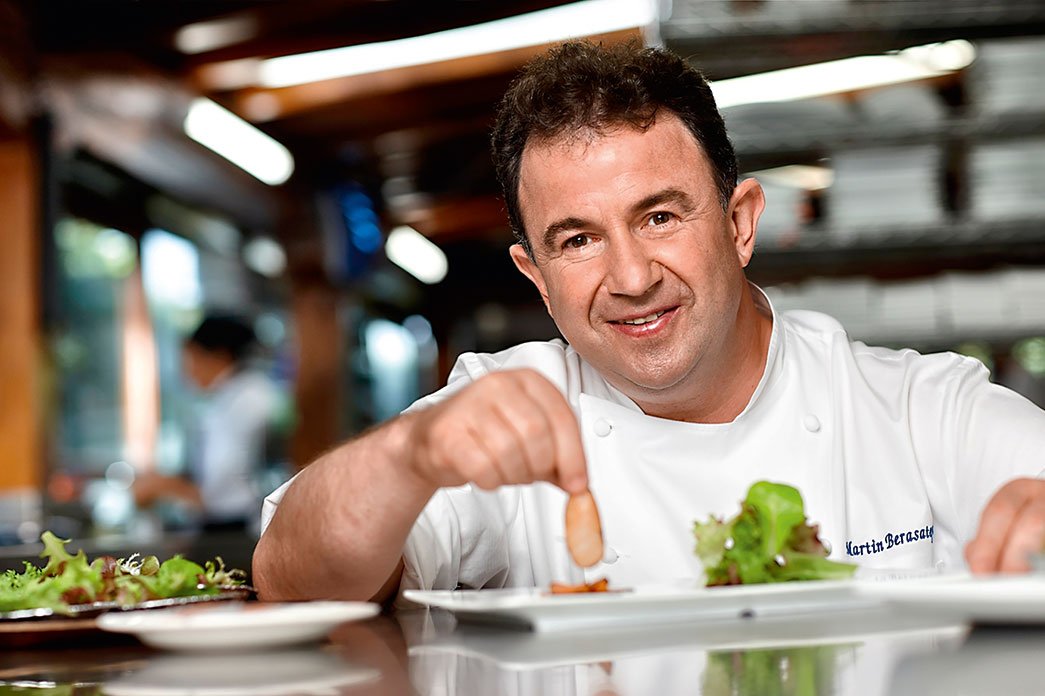 Martín Berasategui was in Portugal to meet firsthand Portuguese producers and to record the first Fifty Seconds short film, which aims to «raise awareness of the excellence of Portuguese produce associated with one of the best chefs in the world». On his tour, he stopped off at Peniche dock, a cheese shop in Celorico da Beira, at Delta, and at an urban vegetable garden, from which he sources all the vegetables and herbs for his restaurant in Lisbon.
He started early in the constellation of Michelin stars at the age of 25, when he owned a small restaurant, Bodegón Alejandro, in San Sebastián. From that moment on Martín Berasategui, a Basque chef born on April 27, 1960 was unstoppable. Last November Martín entered the Michelin gala with eight stars and left with ten, renewing his status as the Spanish chef with the most stars. He manages 14 restaurants, mostly in Spain, but it is in Portugal that it has his highest restaurant, Fifty Seconds, in the Vasco da Gama Tower, in Lisbon.