Grey, but of many colours! 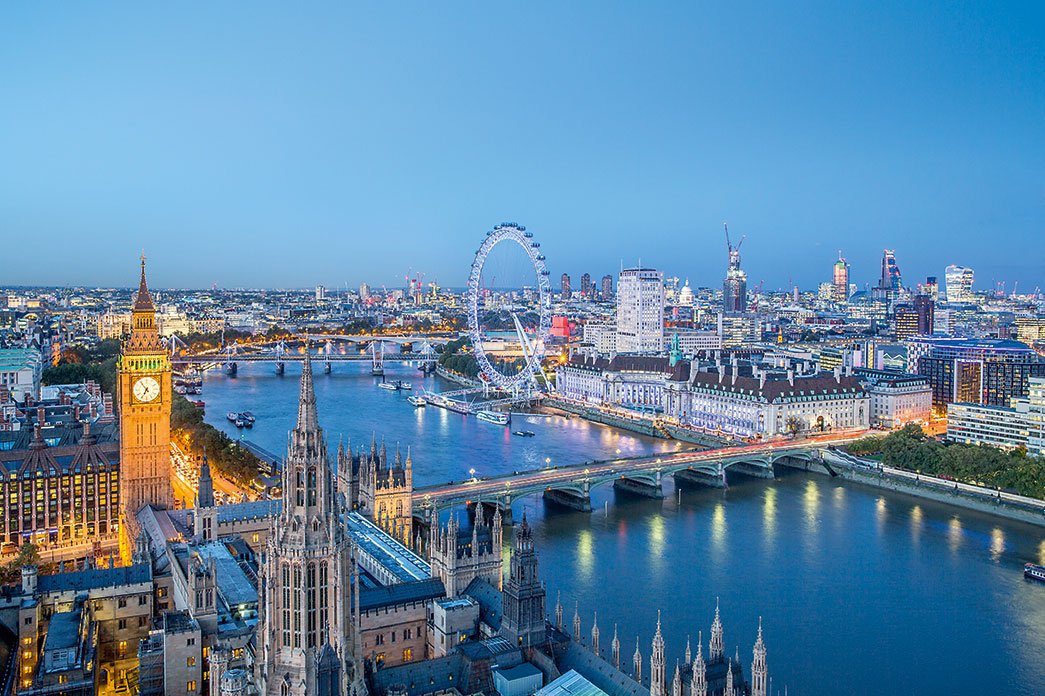 It is one of Europe’s largest cities and also one of the most visited in the world. For that reason alone, almost everything has been said about London, although on every visit there is always something new to discover. But for those who have little time in their luggage and/or have never stepped on Her Majesty’s soil, the obvious highlights are essential.
Old and traditional London attracts tourists from all over the world, while a third of its population is made up of foreign immigrants. Like all cities of the old world, it has a rich culture and an ancient history that attract anyone interested in seeing its monuments and buildings, and finding out the stories and history behind each one of them. For a whistle-stop visit, a boat trip on the Thames, which crosses the city from west to east, allows you distant glimpses of attractions such as Henry VIII’s Palace, Hampton Court Palace, the Royal Botanic Gardens, Kew, Westminster Palace, home to the UK’s Houses of Parliament, and to the famous Big Ben, Tower Bridge, the Tower of London and the London Eye, also known as the Millennium Wheel.

The most popular street in Notting Hill is Portobello Road, where a renowned antique market takes place.

But let’s make our way into the bustling neighbourhoods and streets of the English capital. In contrast to the old cliché of fog – even though London takes on a thousand and one guises in a single day – there is a host of colours, starting with the zigzagging red double-decker buses, or the telephone boxes of the same colour. The West End is the centre of London par excellence. In this quarter we find the main theatres and iconic squares, such as Piccadilly Circus, Trafalgar Square and Leicester Square. This is also where that you can stroll down some of the city’s most cosmopolitan streets, such as Oxford Street, Regent Street, Bond Street and Carnaby Street. Soho and Covent Garden, small neighbourhoods within the West End, are equally must-sees, with their vibrant atmosphere, made up of beautiful and original shops, lively bars and restaurants to suit all tastes. Before venturing into other areas, take the time to visit Chinatown, where you can sample London’s best Chinese food and find some unusual oriental spices.
While Camden Town is one of London’s most extravagant neighbourhoods, with exotic ‘characters’, bizarre shops, original markets and flavours from the four corners of the world, Notting Hill is one of its most charming and colourful neighbourhoods, and where many celebrities have chosen to make their home. The most popular street is Portobello Road, where the renowned and expensive antiques market is held.
Across the river is South Bank, with its big wheel, many references to William Shakespeare, the renowned contemporary art museum Tate Modern and Borough Market, the city’s premier fresh produce and food market.
Before you leave, you must take in a musical, stroll through one of the city’s green parks, visit some of the beautiful museums, the imposing St. Paul’s Cathedral and, of course, Buckingham Palace, the Queen’s residence, enjoying the changing of the guards and the soldiers in their furry busbies.