Cinnamon and coffee in the air and... sun, sun, sun! 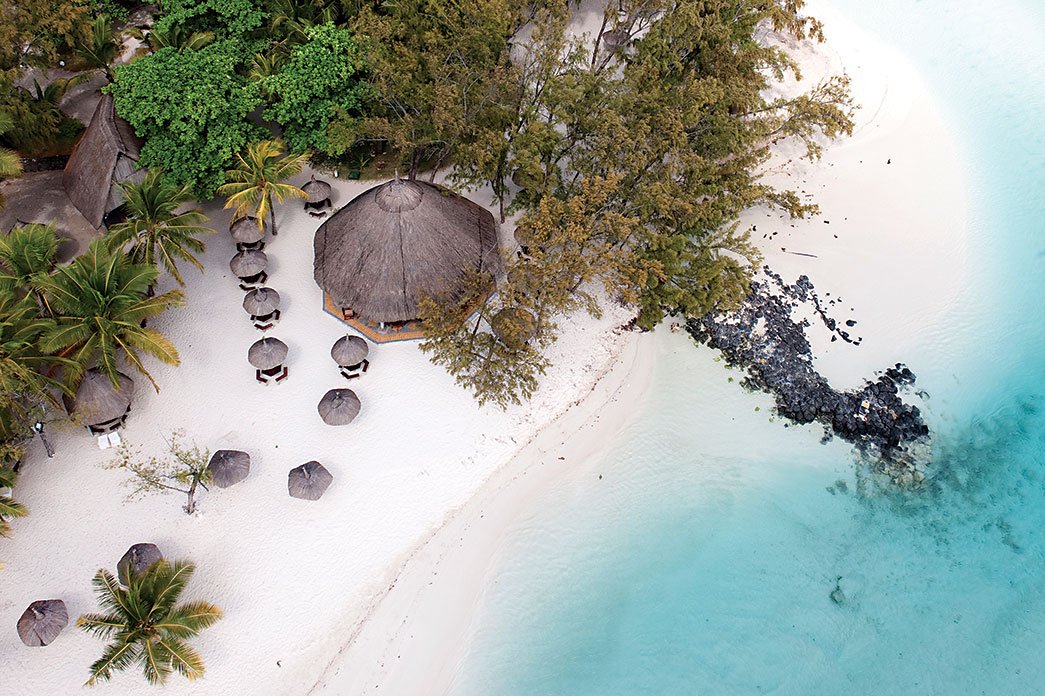 After so many years talking about dream holidays, luxury resorts and unique places in the world, Villas&Golfe, in partnership with Across, has devised and customised four package trips, to be made this year, by anyone who sees holidaying in a dream destination as a real pleasure. In this issue, we present our first destination – Mauritius. For those of you who can’t go without travelling, we bring you a small taster of what a trip, flavoured with cinnamon, scented with coffee and warmed by the sun, would be like. And we invite you to embark on this adventure.


Legend has it that the islands of Mauritius came about after an oversight by the god Shiva, who, when passing through the Indian Ocean, carelessly dropped two drops of the River Ganges River into a volcano, and thus created a piece of paradise on Earth. Legend or not, one thing is certain: anyone who visits these islands, known as the Mascarene Islands, east of Madagascar, with the Indian Ocean as their backdrop, says there is no place on the planet that is so fascinating, so natural, so full of turquoise sea and white sand.
With this journey we want to take you to the middle of the Indian Ocean, 800 km from the coast of Madagascar. The island, surrounded by a coral reef and a calm sea, whose white sandy beaches and blue sea fill the eyes, is a real paradise, where the lush vegetation blends with the surrounding idyllic scenery. There are historic sites to visit; there is culture and a warm and welcoming people to greet you. There is an island to be discovered.
For anyone who was unaware, Mauritius was discovered by the Portuguese. They appear as if painted emerald green and turquoise. The capital, Port Louis, also known as «Land of Vanilla», is a city, which, through its buildings, reflects the origin of most of its people (descendants of workers who arrived there from India after the abolition of slavery by the British Empire). Some of these buildings are symbolic of the struggle for freedom, such as the old hospital and several ruins that form Aapravasi Ghat, classified by UNESCO as a World Heritage Site. Just as the landscape of Le Morne, a mountain that was used as a hideout by the slaves.
But the history of this island is much more than this. Nature formed by magnificent beaches, coral bays, exotic fish and unparalleled vegetation are constant attractions for the thousands of tourists who touch down there. Tourism is one of the main local activities. By tourism we mean one that is increasingly focused on luxury, as shown by Grand Baie, Ille Aux Cerfs, which is an islet inside a coral reef and Blue Bay beach. Nature is its trademark. Casela Park is a real haven for birds, and Tartarugas Bay, near Grand Baie, is another place to visit.
The beaches stretch beyond the horizon. The waters tempt you in, to do some water sports, scuba diving in particular. The hospitality of its people – who strive to keep age-old traditions alive – is well-known. There is a blend of cultures – Creoles, Hindus and natives – which in harmony reveal perfection. The sweet and unmistakable aroma of vanilla prevails in markets, and is served as tea in local bars and restaurants.
In Mauritius every step you make is accompanied by the sound of sega, a kind of reggae inviting you to kick your shoes off and dance. Perhaps it was all this that led Mark Twain to one day write: «Mauritius was made first, and then heaven». This is the home of unhurried living!

• Flights with AF/KL and MK

• Accommodation at the Hotel Constance Belle Mara Plage, halfboard, in a double room

• Green fees, caddie fees, practice balls, club car and rental clubs must be paid at the destination directly to the hotel.

• The hotel does not have twin rooms (2 beds), only double and single. Twin beds are made by two mattresses next to each other on a double bed base.