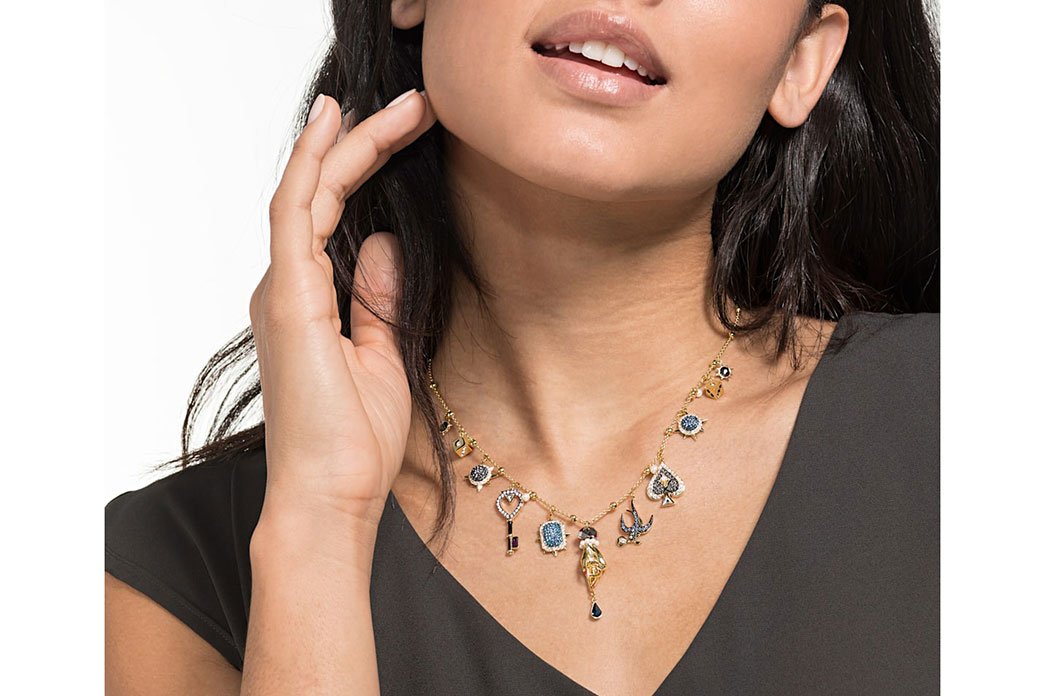 The Centenary brand created by Daniel Swarovski is known around the globe as a reference in the world of jewellery. The small crystals have already adorned New Balance sneakers, a sofa of the Italian brand Edra and, of course, the unforgettable dress Marilyn Monroe wore while singing John Kennedy "Happy birthday”, or the 3 million crystals suit that Michael Jackson was meant to wear in what would be one of his greatest tours ever, but never came to be, due to his unexpected death. All seasons, this company, founded in 1895, launches innovative products, in such a competitive  market  as the fine luxury. This time, it has decided to create a line inspired by astrology and tarot. Its name is Tarot Magic and includes several symbols and talismans in shades of gold, purple blue and green. Swallows, swords, Greek eyes and hand gestures become accessories such as earrings, necklaces, bracelets and rings that can be worn in more classic and glamorous looks, inspired by the mysterious and powerful world of tarot and crystals. All new proposals are not only for online sale but also for Swarovski’s physical shops in Portugal.