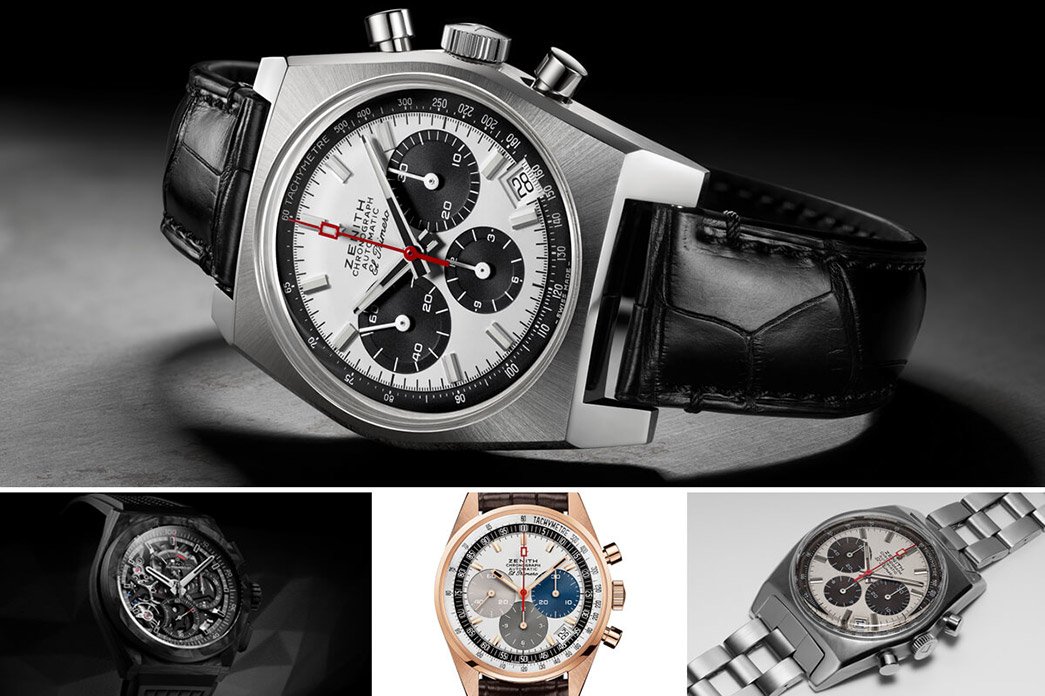 Zenith celebrated the 50 years of El Primero A384 model, as well as its integrating calibre, by launching El Primero A384 Revival, a faithful remake of the first watch ever to receive the revolutionary automatic movement that still remains the symbol of Le Locle secular manufacture. Much more than a watch with a vintage style, Revival is a historical recreation and needs one of the most iconic Chronographs ever designed.
When El Primero’s automatic chronograph calibre was announced in 1969, the world of watchmaking underwent a revolution. This was the first automatic chronograph movement and it created a set of differentiated functions, allowing it to resist time and to keep on being, half a century later, an exceptional movement. In this Revival, all parts of the original 1969 A384 were reproduced accurately. The only improvements are the Sapphire Crystal replacing the acrylic, the bottom of the display that replaced the bottom of the solid steel box and the latest version of El Primero 400 chronograph movement, symbolizing the culmination of half a century of improvement and refinement. El Primero A384 Revival is accompanied by a black crocodile leather strap with black rubber liner, which completes the A384 vintage look. A ladder integrated metal bracelet option, simulating the appearance of the 1969 original model is also available.