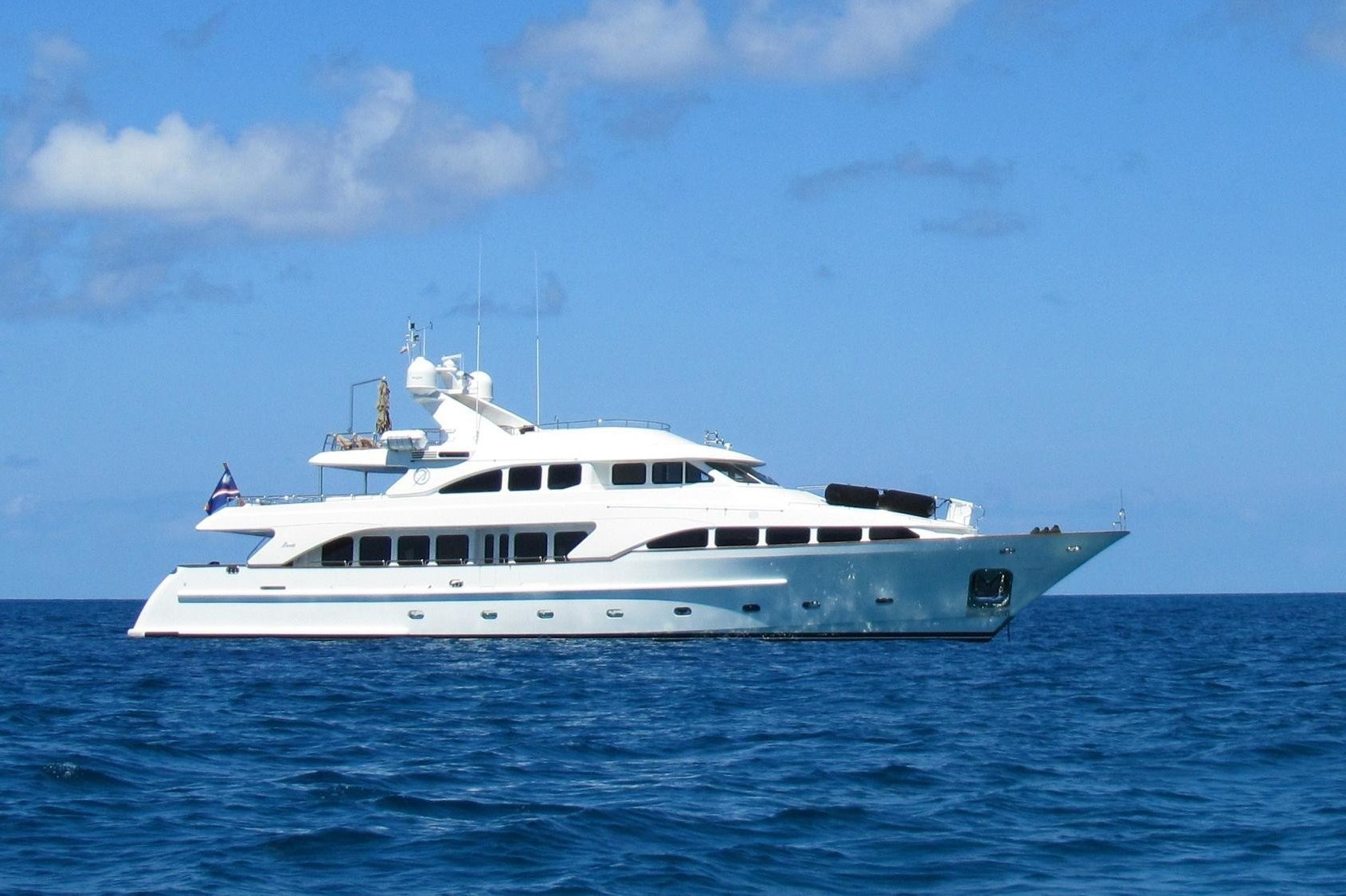 The Italian yard Benetti from Viareggio, in Tuscany launched at the beginning of August the 47 metre custom M/Y FB703 superyacht Bacchanal with a steel hull and aluminium superstructure. And if on the one hand its exterior design is Benetti’s, on the other hand the lines and interior decoration are the result of a partnership between the Benetti Interior Style Department and the Mexican architect Mauricio Gómez de Tuddo. The layout of the Bacchanal, a boat with 47 m long and 500 tons, was designed to accommodate 12 people and seven crew members, spread over four decks, in which interior and exterior share the same design approach. Moreover, the border between the exterior and the interior is very tenuous, since architecture and design options gave great prominence to the transparency of the glass. On the main deck, for example, the cockpit, the dining area and the main hall are divided by sliding glass doors, full-width, without any frame, creating an airy and fluid space. The pleasant sensation of being outdoors, having a more direct contact with the sea make the spaces look  more spacious and more filled with natural light. The FB703 is equipped with two MTU 12V motors being the cruising speed of 14 knots, with a range of 4000 miles at 10 knots, allowing it to cross of the Atlantic.