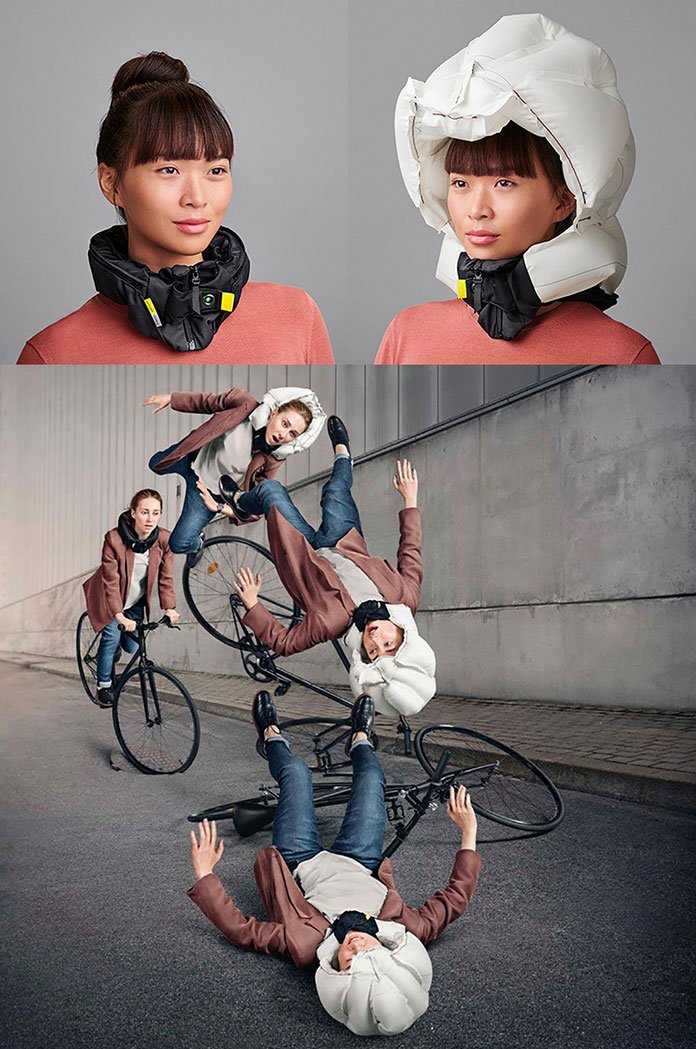 The «safest cycling helmet in the world», according to Hovding, the Swedish company that manufactures this innovative product, it is now available for sale and it’s able to activate an airbag in less than a second. In fact, Hovding 3 is shaped like a ' necklace ' and should be used exactly in the same place where necklaces are used: around the neck. This third-generation Hovding necklace is able to analyse the movement patterns of cyclists about 200 times per second, activating the airbag when detecting some unusual movement and thus preventing the rider from fracturing the head and neck in case of accident. From detection to activation they run only 0.1 seconds. This «necklace» has enough battery to last up to 12 hours and it is possible to connect to a smartphone through a bluetooth App which, among other features, gathers data that show all places where more accidents occur. Hovding 3 is equipped with an adjustment system, so it suits all neck measurements. According to a scientific research from Stanford University, a helmet with an airbag system is eight times safer than a traditional helmet.