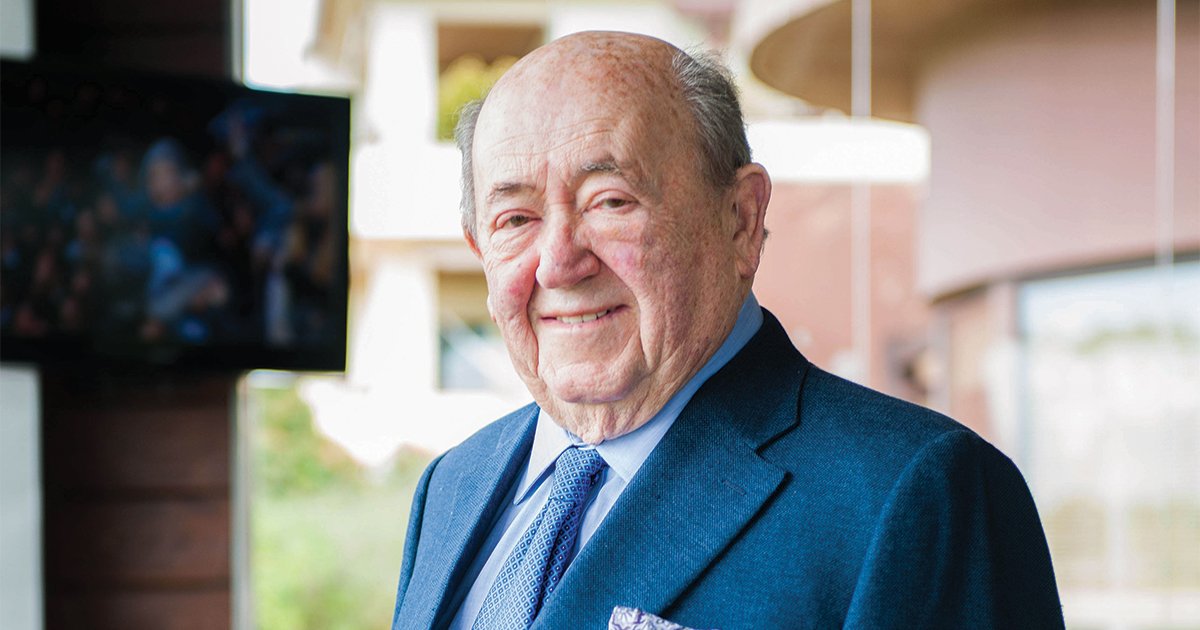 As the years go by, experiences are left behind. And it is in memories that one searches for the recollections of great moments. André Jordan has acquired an undeniable breadth of knowledge and has lived a life full of great emotions. He created the iconic Quinta do Lago and did justice to national tourism. Of Jewish origin, he was born in Poland. As a child, he made his way to Brazil. He lived in Rio de Janeiro, studied in the United States of America, but it was in Portugal that he spent most of his life, since the 1970s. Today he is still the face behind Belas Clube de Campo – a luxury development in the Lisbon region.  He has created several golf courses, some of them considered among the best in Europe and the world; he was a journalist in his youth; and is the author of several literary works. The businessman was decorated, in Portugal, with the Grand Cross of the Order of Merit and the Grand Officer of the Order of Prince Henry the Navigator, and, in 2021, he was distinguished as an Honorary Officer of the British Empire.

If you could choose, what would be the moments that have marked the country and the world in these last 20 years?
The three events of global impact were: the election of Donald Trump to the presidency of the United States; the Subprime Crisis and the COVID-19 pandemic. Trump’s election represented the abdication of the United States’ position as leader of the free world and the departure from the consensus to address the great challenges facing humanity, such as global warming and the massive unemployment created by its robotisation. The Subprime Crisis was the hoax perpetrated by some operators on the world financial system, deceiving the rating agencies, who assessed it with a triple-A rating and went on to ruin the world financial system. COVID-19 is the challenge to the survival of human beings and to science to find a cure. I believe it will be found soon.

Professionally, what has been the most decisive moment for you in these two decades?
Taking «control and managing» Vilamoura, restoring the resort and transforming it into one of the most important tourist and residential centres at international level.

What, in your opinion, would be the great change that the country and the world would need to undergo in the next 20 years?
The greatest challenge is for us to achieve a worldwide consensus on the measures to be taken in relation to climate and Artificial Intelligence, in order to make these developments compatible with the economic and social reintegration of the thousands of unemployed resulting from these changes.