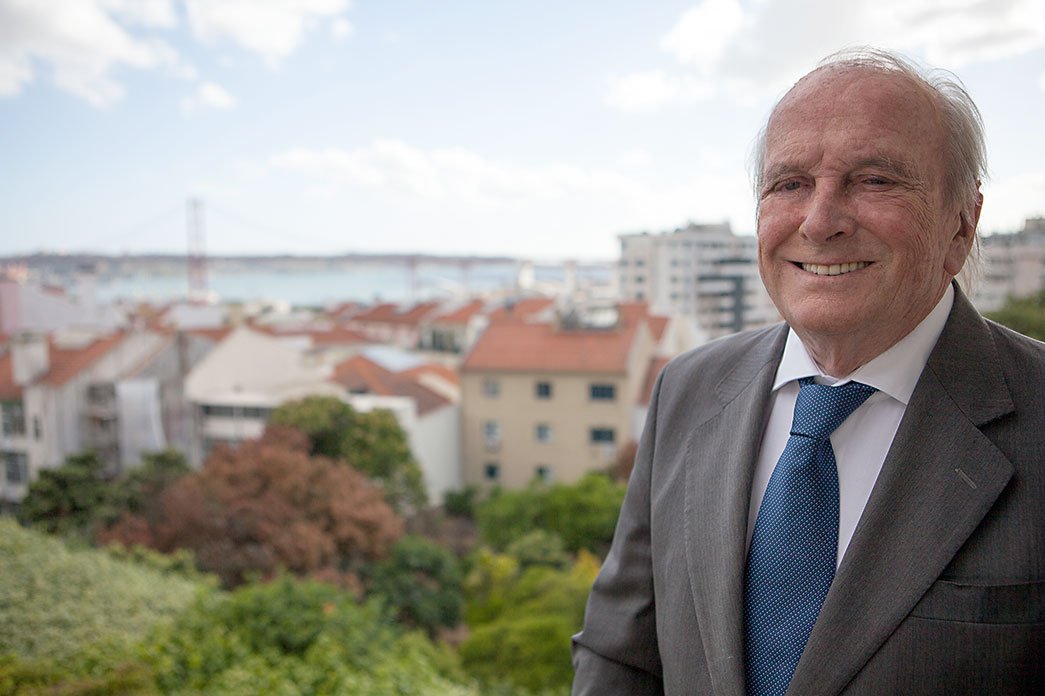 Punctual. He arrived on time, as agreed, at the group headquarters. After introductions had been made we moved onto the questions. In 20 minutes, there were only a few that he wanted to give an answer to. Nevertheless, we continued to question him. A man who is upfront. Of few words and short in his responses. Pinto Balsemão is one of the faces of freedom of expression, for which he has always fought. He has built a media empire, which includes Portugal’s first private television channel, SIC, and the iconic weekly magazine Expresso. It was through the Impresa group, politics and law that he made his name and became one of the most recognised people in our country. However, in this interview, he spoke little of himself. He revealed almost nothing about his group and his business. He did not want to comment on politics. Below, here is all we could struggle to get out of Francisco Pinto Balsemão. From this man of communication.


You’re from Lisbon, you’ve always had a political vein, you were a journalist...
Not was! I am.

You still are...
I think I will always be.

You became a great entrepreneur...
Even today (28-06-2017) I was somewhere, where they gave me some news, and the first thing I did was to publish this news in one of the media outlets to which I am connected.

Do you still have this journalistic vein?
No ‘still’, cut the ‘still’.

Do you miss the time when you were actually a journalist?
I still do a lot of journalism, not as much as I would like, but I keep up with journalism and its evolution, and, above all else, I keep a very close eye on important content changes, on television, in the press, on the websites... And it isn’t just keeping an eye on thing, I am very much involved in the final decisions.

Do you do so to be aware of everything that happens around you?
Of course! I do not intervene in day-to-day decisions, because in these obviously there has to be freedom and responsibility on the part of the directors.

You became a major businessman... Surely you are proud of the course you have taken. Still, if you could go back, what would you change?
(Silence). It’s hard to answer. I think we are trying to adapt a lot to technological evolution and political evolution. Private television did not exist. As soon as it was possible, we were already ready to act and to set up the channel. We could have done it earlier. What I regret is that in some cases we have not had the political conditions, above all else, to have done it earlier, and that we lost time there. It also seems to me that when we believed in the Internet, when it was the first bubble in 2000, 2001, around then, we believed that almost everyone in the media world could provide content for free, because that was how it worked in terms of advertising revenue, which would surely be rewarding. Therefore, not having charged from the outset for the content makes it more difficult nowadays.

It was the biggest mistake, in a way...
Yes. It was not just mine; it was everyone’s in the world, not just in Portugal. 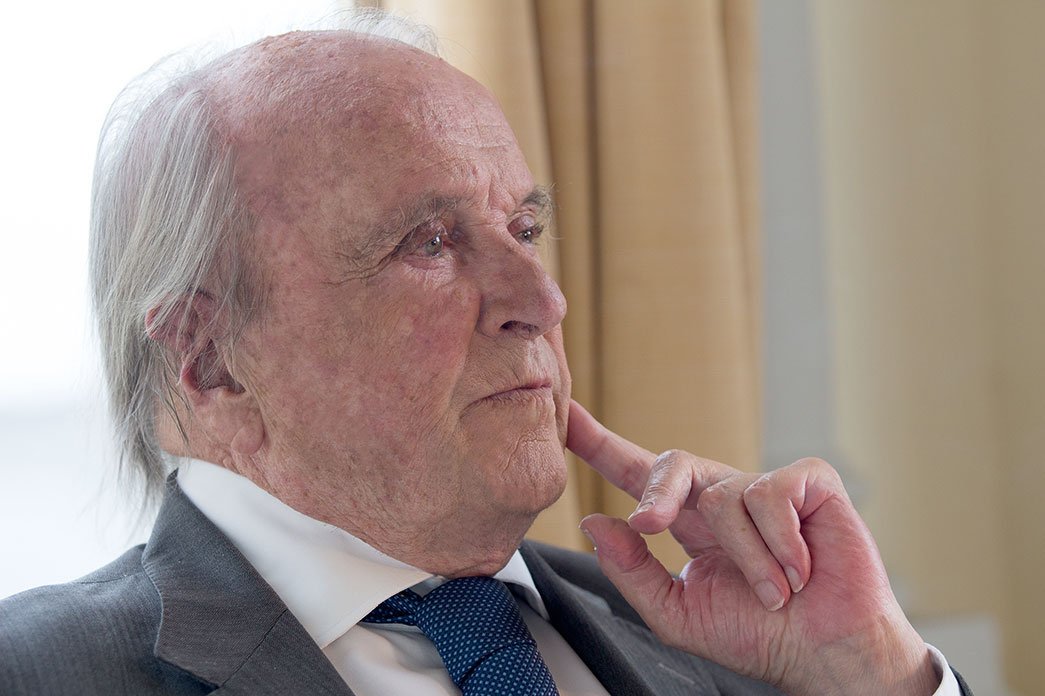 What can we expect from the future of media?
We have to expect, for the sake of democracy and freedom in general, that independent media (in the sense of not depending on political power or on economic power) earn money and are subject to deontological rules and sanctions when they do follow these rules. These means are going to be increasingly necessary, in times when post-truth is the most discussed concept. It was named word of the year last year by Oxford Dictionaries. Fake news runs alongside real news and is scattered all over the world in a few hours. Alternative facts also appear more and more, and, therefore, whoever separates the wheat from the chaff is very important, more and more.

And the future for journalists will be more and more demanding?
A competent journalist has to be increasingly able to work with digital media, and you have to understand that, within those five classic elements of news, the «Who?», «Where?» and «When?» are increasingly reserved for social networks, which often make mistakes, and the «How?» and the «Why?» are part of journalism.

We know that you have recently restructured some of your media, such as SIC and Expresso. Some journalists, who had been in the company for some time, had to be let go. How difficult is this type of decision for you?
I think that sometimes there is a need to restructure, often because for the main tree to continue to grow, some of the branches have to be removed.

We also know that the group, sooner or later, will eventually need outside capital...
Why? I’ll die, but my family will go on.

Who has shown an interest so far?
Why do you say that sooner or later capital will come from outside?! It’s not obligatory.

It won’t be obligatory...
I have had several partners, Portuguese and foreign, but I think holding on to the majority is important, as long as I can have it.

And where does the solution lie?
All companies, particularly media ones, have to earn money to be independent. It lies in good management, diversifying revenue, reducing expenses, as we said before, with everything that is necessary.

«I have had several partners, Portuguese and foreign, but I think holding on to the majority is important, as long as I can have it» 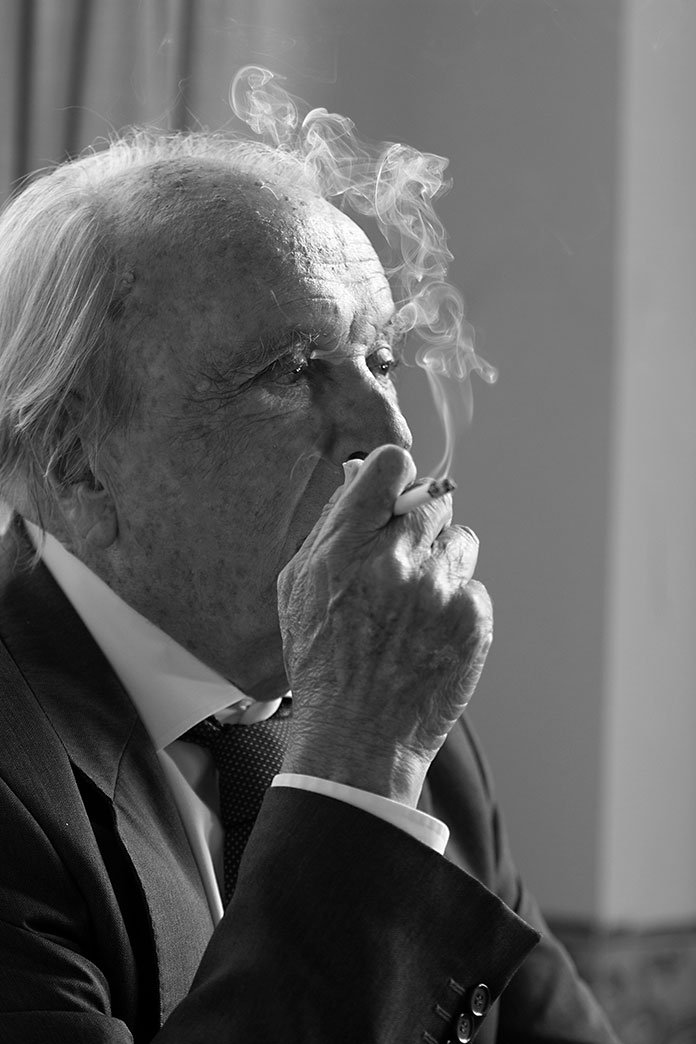 Do you think people value you for what you’ve already done for the country? We’re talking about freedom, freedom of expression...
It is not for me to say. I’ve received several awards. I don’t like to talk about myself.

For the path you have taken, for what you helped to build, this recognition is well-known and deserved. Do you feel as good as people think you are?
It is not for me to judge. I do my best, I work hard, I try to keep up-to-date and learn a lot, not only in general cultural terms, but also in terms of a more professional culture: to keep up with this theoretical evolution, of new technologies. So, I think working, work.

«The Portuguese people are very hospitable»

But we know that recently there was a situation...
Ah... I won’t comment on this!

Can you imagine, at the time of choosing, while you are still head of the Impresa group, accepting the entry of Angolan capital?
I have already said that we have had partners from several countries. We already had Brazilian partners, from Globo, Belgians from the Plata group; we’ve already had Portuguese partners, many. So I’m glad to work with partners. What I like is that these associates bring me some know-how.

So the nationality is not important, what matters is this know-how.
Yes, it is the know-how.

What is your relationship with Marcelo Rebelo de Sousa? I’m not talking as President of the Republic, but as a man.
I do not want to talk about it. This is over. You’ve got more than enough.

I was going to talk to you about a famous prank he pulled on you many years ago...
I don’t want to go there.

But do you recognise his merit now, as President?
I don’t want to go there!

What’s your view of the government’s role?
(Silence) I do not want to talk about politics.

Would you not even grade it?
Nothing.
That’s it. Enough!
It is not bad at all; you’ve got plenty of material. I thought it was a sweet little interview, nice.

Can I just ask you the last questions?
What are the questions?

Have you done any good business while playing golf?
No, practically not. I think it’s a myth.

What is your daily routine?
My daily routine is getting up and going to work, coming home at nine o’clock at night.

What do you think of this tourist boom that the country is experiencing?
I think it’s great. We cannot want tourists and then immediately start with difficulties always, and warnings.

But then what is missing? What do we have to change?
I think the Portuguese people are very hospitable, they like tourists, to deliver and to avoid having a few wild ones, like the ones in the Algarve a few days ago, that break everything and who knows what... and who aren’t desirable. But these are just hiccups; you can’t judge foreign tourists because of English drunks.