«The accomplishment of a mission is the result of teamwork» 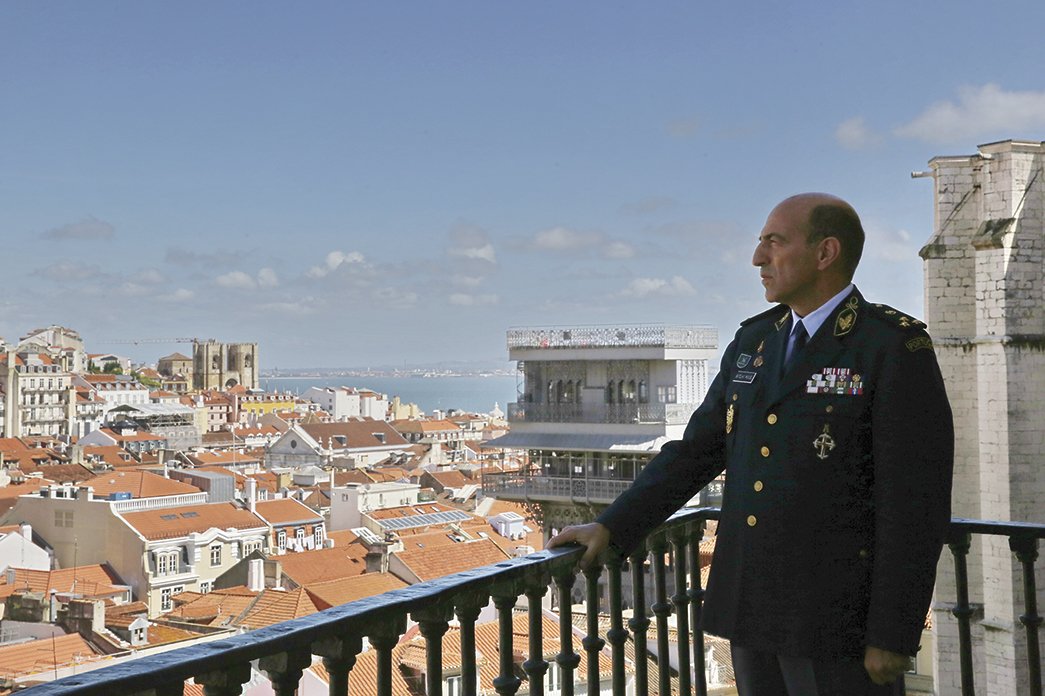 In 2018, he took over GNR General Command, not as another mission, but as «the mission». At that time, he outlined four guidelines which, now, in the face of the pandemic, have never been applied more. Luís Francisco Botelho Miguel has enjoyed a long career serving the nation, receiving many commendations along the way, but he highlights teamwork as largely responsible for overcoming challenges. To Villas&Golfe, the commanding general highlighted the sense of citizenship of the Portuguese and said he believed that in this new ‘normal’ state citizens will respond again with a great sense of collective conscience.

After many years of service in the army, in the General Staff of the Armed Forces and in outside bodies, how did you approach the mission of fulfilling the motto «Pela Lei e pela Grei» (For the Law and for the People)?
Serving the Portuguese in the National Guard was a plan that has always accompanied me throughout my career. When the invitation came, I immediately said yes. I will say, with great peace of mind, that I approach this move to the National Guard not as another mission, but as «the mission».

You arrived at GNR General Command in 2018. How has the experience been?
When I took on the role of Commanding General, I outlined four main lines of action, which I named ‘4S’: Security, Safety, Social and Support. Never have these guidelines been applied to such an extent as today, in the midst of this unpredictable pandemic. The exercise of this function has been carried out from a stance of trying to live every minute of my command action with my personnel and for my personnel.

Your service record contains numerous commendations and decorations. What meaning do these have for you?
Public recognition, whether through praise or a simple but valuable reference made by an anonymous citizen, is always a moment of particular satisfaction and reward for a job well done. In my case, I always remember all the military personnel with whom I have interacted and spent time with throughout my career, and who have helped me to overcome the challenges they have been set for me. The accomplishment of a mission is mostly the result of teamwork.

«The majority of the Portuguese have carefully complied with the guidelines. Even so, the GNR has had to arrest around 170 people»

How well have the lockdown measures imposed by the State of Emergency been accepted?
The overwhelming majority of Portuguese have complied with the regulations governing the State of Emergency and followed the guidelines of the health authorities and the Security Forces. The GNR has been continuously developing a series of pedagogical, awareness-raising and enforcement operations, seeking to ensure that non-compliance is kept to a minimum. At the same time, we have developed the 65 longe + perto programme, to bring the elderly, living alone and isolated, a moment of comfort, a boost of contact, through data terminals, with their relatives, and flagging those who were more anxious, that we support with our team of psychologists.

Has there been any need for many more coercive actions to resolve cases of disobedience?
I can state that the majority of the Portuguese, in addition to having sought information, have carefully complied with the guidelines of the health authorities. Even so, the GNR has had to arrest around 170 people.

«The accomplishment of the mission has never been at stake, nor has there ever been a need to consider closing stations»

Have any military personnel been infected with Covid-19? Has this compromised GNR operations?
As of today (May 01) we have 27 positive cases, out of a universe of 23 thousand soldiers, with a clear downward trend for several days. The accomplishment of the mission has never been at stake, nor has there ever been a need to consider closing stations or any other GNR body.

The economic crisis could trigger a social crisis. Do you anticipate that the security forces will have to resort to more heavy-handed measures to curb possible insecurity?
I think the Portuguese have already demonstrated their sense of citizenship and collective awareness. I am convinced that this will also be the case here. We find ourselves at a moment where the page is turning to a new normal, to which the Portuguese will respond with a great sense of opportunity. The GNR will monitor its developments and, as a guarantor of the state’s authority, will adjust its actions according to the principles of necessity and proportionality, in the defence of citizens’ rights, freedoms and guarantees and keeping public order.