«On a global scale, I would highlight the 9/11 attack and, more recently, the pandemic» 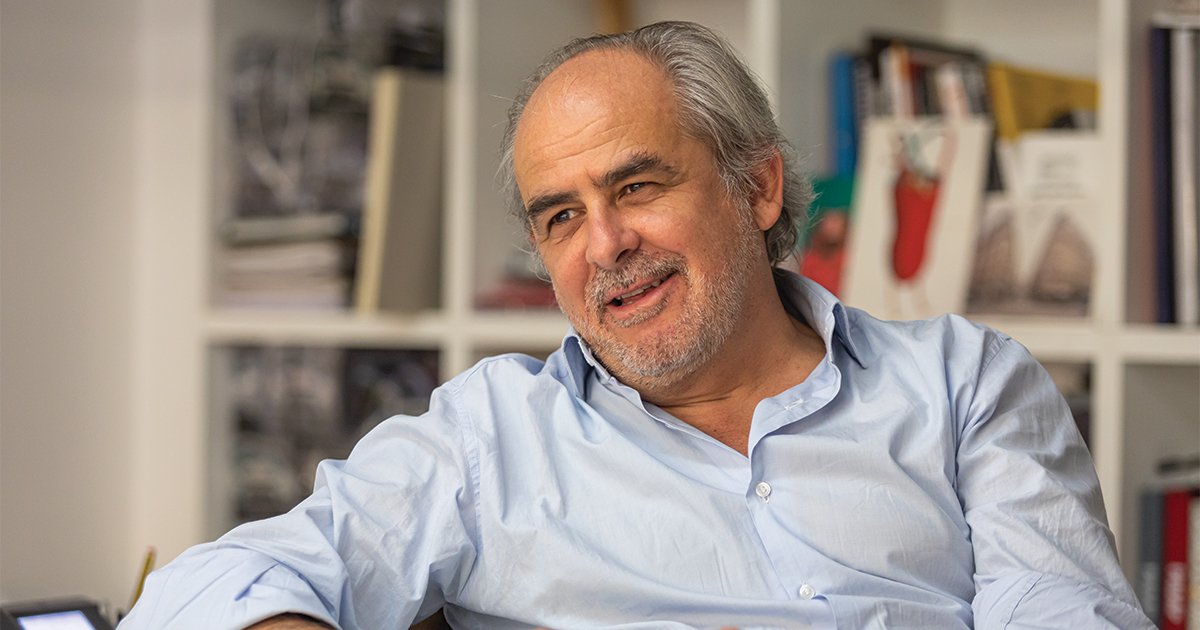 Founder of Saraiva+Associados, Miguel Saraiva has taken good architecture to the four corners of the world. He is among the hundred best architects in the world. A source of pride. He dedicates hours on end to sketches and it is on his quest to do better that the architect focuses his attention. We are able to see other horizons through Miguel’s eyes. The immensity of his work is considerable. He likes to travel, because it is on these trips that he acquires new tools and ideas. He likes to create. The arts. Freedom. He demands perfection in what he does. He reflects and draws. Over and over again. And it is in the brushstrokes of the soul that the artist models objects for life. He values knowledge and the people he meets on his travels, because he appreciates universal cultures. You lose track of the number of his works scattered around the world, but one thing is certain: his daily life is rooted in the field of architecture and urbanism and a capacity for openness to new horizons.

If you could choose, which would be the moments that have most marked the country and the world in the last 20 years and why?
In the last two decades we have gone through important episodes that have had consequences that are still felt today. I would also say that the pace of transformation has never been as fast as it is today. In 2006, for example, there were no smartphones, devices that have completely changed the way we relate to each other, access information or work. There have been other episodes that have also shaped the way we live today. On a global scale, I would highlight the 9/11 attack and, more recently, the pandemic. In 2000, the USA benefited from a status quo of untouchable world power, which crumbled with the fall of the Twin Towers in New York. And in 2019, sustainability, digitalisation and mental health were not as important as they are today. From a national perspective, I would highlight the years of the Troika, a very difficult time for families and the business community, which forced us to make an incredible effort to adapt and overcome.

Professionally, what was the most decisive moment for you in these two decades?
They say that «it’s always darkest before the dawn». That turning point, in my opinion, came in 2014. It was the year in which we began to overcome the financial crisis, the period of economic recovery began and, consequently, confidence levels in the Portuguese increased. From that moment on, for example, the face of the city of Lisbon began to change and much of this was due to urban regeneration and the increase in real estate investment in the capital. The city’s atmosphere has become brighter, fresher and more modern, without, however, losing the authenticity of the historic quarter that characterises it and which everyone values.

In your opinion, what would be the great change that the country and the world would need to make in the next 20 years?
Around 65% of the world’s population lives in cities, trending ever upwards. The way we experience cities is crucial for our personal and professional well-being. The pandemic brought into discussion the need for us to have cities that are friendlier to their inhabitants, more sustainable, with less intrusive noise, more green spaces and more light. To achieve that, we will need to have urban plans for cities with objective criteria that favour the harmony between functionality, aesthetics and comfort.