Good perspectives for the European Tour in 2020 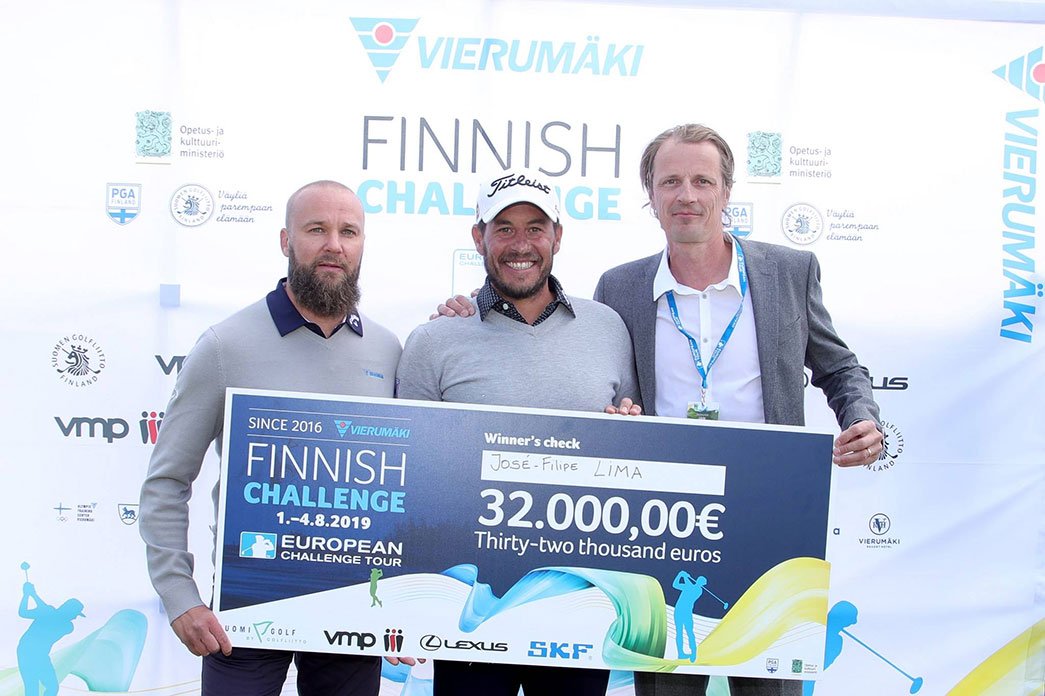 These are very good news for the National Golf. If in less than two months Ricardo Santos won the Swiss Challenge, now it was time for Filipe Lima to win the Vierumäki Finnish Challenge, his Challenge Tour’s (the first since 2016) fifth victory on 4th August, at the Vierumäki Resort, in Finland. Both players are very well placed in order to return to the high European wheel in 2020, where this season two other Portuguese - Ricardo Manuel Gouveia and Pedro Figueiredo - compete. And, in September, they have a home tournament: the 57th Open of Portugal @ Morgado Golf Resort. Filipe Lima rose to the eighth place in the Challenge Tour, when the top 15 at the end of the season are promoted to the European Tour. Ricardo Santos occupies the fourth position of a chart that is led by the Frenchman Antoine Rozner. With this title conquered in the Vierumäki Finnish Challenge, Filipe Lima won a prize money of 32,000 euros.