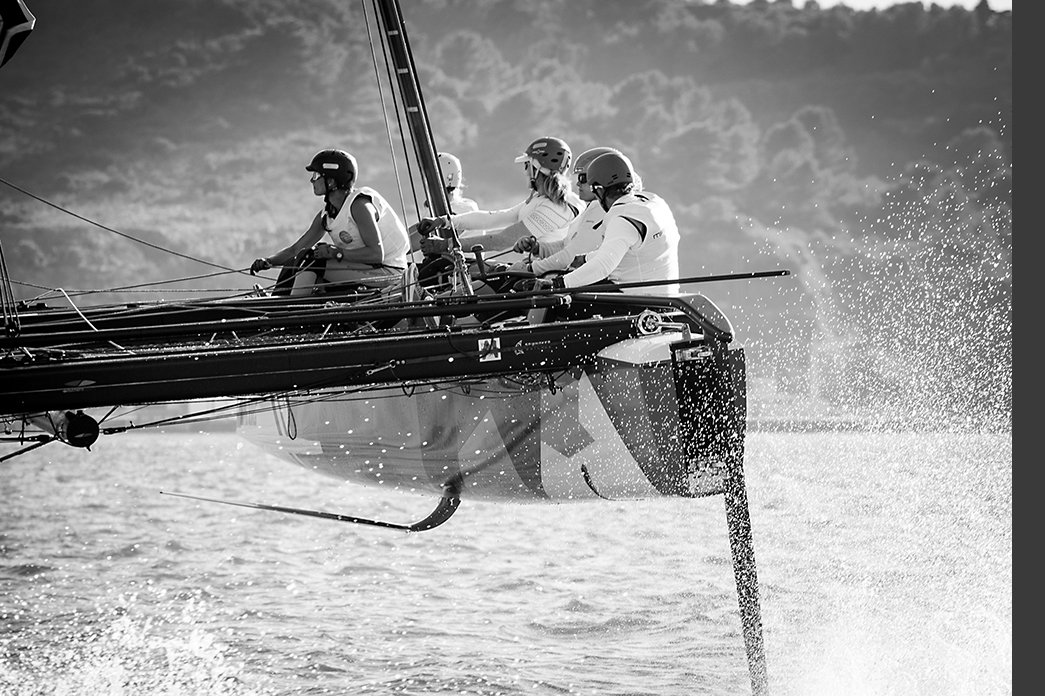 Sailing has always been a family tradition, so the first time Mariana Lobato boarded a boat «she was just months old». Even though she has garnered many awards throughout her sporting career, such as becoming world champion in 2013, the Portuguese yachtswoman highlights the London Olympic Games as a high point. «I remember entering the Olympic Stadium with our team and our Portuguese flag and feeling a great frisson of emotion», the athlete told us. Despite her life connected to sailing, «Mariana is a person who loves challenges and can’t just stand idly by», she told us. That might be why she got a degree in Advertising and Marketing and, before that, she took other courses: «An acting course and Window Dressing, Exhibiting and Merchandising at the Escola de Comércio de Lisboa. The part of being able to create and develop different things has always attracted me».
With such a full and active day-to-day life, Mariana confesses to us however that the greatest challenge of her life has been being a mother: «Life changes so much, and wanting to keep on doing everything, between training and competitions, isn’t easy. I would say it takes a lot of discipline to reconcile everything... and not allow quality time with them to take a back seat.

«After doctors appealing about the lack of protective material in hospitals, namely masks and hoods, [she decided] to get cracking»

But Mariana Lobato is much more than a woman, mother and athlete. Faced with this unexpected pandemic and «after seeing doctors appealing about the lack of protective material in hospitals, namely masks and hoods, [she decided] to get cracking». She learned to sew with her grandmother when she was eight. She has been gradually improving «and making some homemade items with fabrics I had at home», she told us, adding, «in recent years I’ve only been making some homemade items for my children». Faced with such a noble gesture, the reaction has been one of total solidarity. «When I threw myself into this initiative, I took a chance and ordered a 225-metre roll of fabric to make the hoods and masks. But in truth I needed help to pay for the materials. I launched an appeal on social networks and it was amazing to see how many people supported the project and helped with donations! This was essential and very motivating to help me get on with it».
Mariana Lobato believes that the difficulties we are going through will make us better people. «I believe that in the midst of chaos there is always an opportunity. And this pandemic has forced us to stop. And that stop has shown us what actually matters». For the future, she strives for «health, obviously» and hopes «to continue working on resilience and detachment, because we never know what tomorrow will bring!» And sailing will certainly continue to be part of her life!