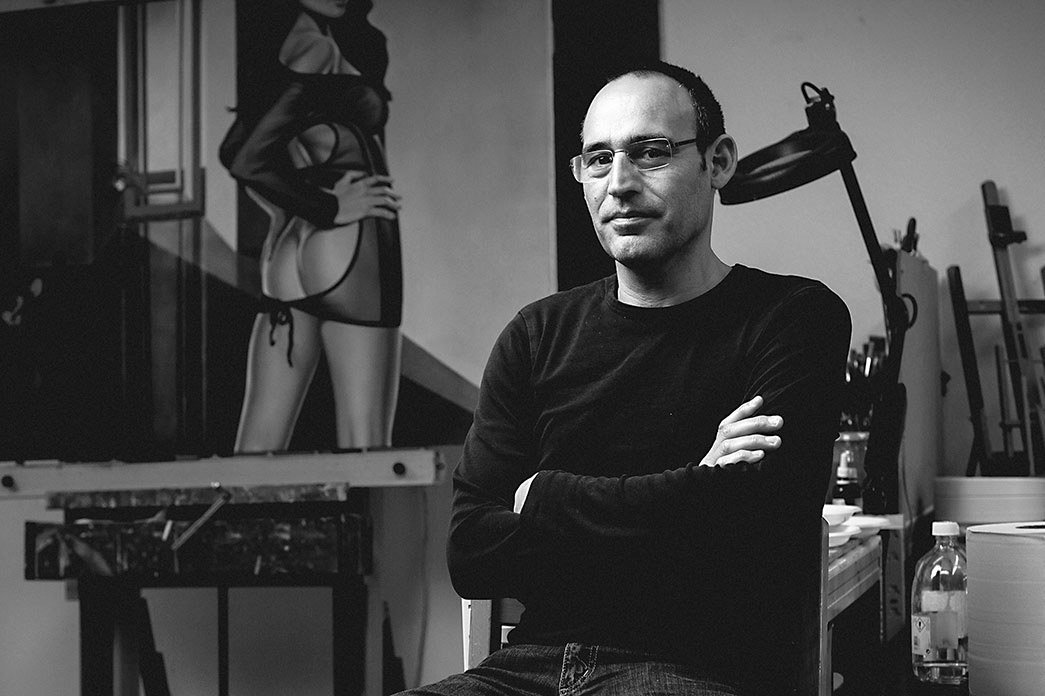 He’s a perfectionist. He enjoys challenges, adrenalin, travelling and meeting people. The other cultures and landscapes stored in his memory, as well as the ways different peoples have of living, help him when it comes to inspiration. Photography is also one of his passions, as well as films. He loves the fact that he lives near the sea and feels good flying. One of the faces in Portugal’s art scene, Gustavo Fernandes achieves self-fulfilment through his work, «almost as it were an extension of myself», he stresses.
«Art is my life», he confesses. This passion is present throughout the artist’s life. Everything that revolves around him – the sea, nature, people, the environment – grabs his attention. In his creations, Gustavo tries to transport this quest, this need for something more, so that in the end every work is a piece of himself and passes on a story. Whether through feelings, happiness, sadness, experiences, travels... everything will give rise to «a fantastic work», notes Gustavo.
But along his artistic journey, Gustavo Fernandes has picked up some very personality rich influences, such as portraitist Francisco de Oliveira; Salvador Dalí; Francis Bacon; Miguel Ângelo; Aivazovsky and Goya. And, to this day, he keeps a close eye on the work and techniques of many hyperrealist artists. «Competition has this fantastic component of forcing us to be better», he admits. It is a challenge for Gustavo to do hyperrealism art, as achieving the concept of perfection «is the greatest realism possible in painting». «Every feature, every detail, and honing the technique» is what makes it go so far. His favoured medium is primarily oil on canvas, while he sometimes uses acrylics or an airbrush, but only in certain situations.
Gustavo is self-taught, passionate about what he does and about art. He’s always looking to do more and to it better. He attended the Ecole de Dessin & de Peinture Mission Renaissance, and the visual and graphic arts programme at Dawson College, both in Montreal, Canada. He specialised in Betty Edwards technical methods and drawing techniques by Nicolides. He cofounded Grupo Artitude. His time in Canada influenced him with regard to the hyperrealism movement. Canadian naturalist and hyperrealist artist Robert Bateman was one of his influences. About 30 years ago there was no hyperrealism in Portugal, and so when he returned to Portugal aged 26, the public reacted very well to his work.
Gustavo has been painting for as long as he can remember. At 16 he set out on his adventure in a more professional sense. He studied to perfect his technique. Today he still paints stunning works of art. He began with figurative-abstract, tending towards surrealism and hyperrealism. He chose realism – his current focus -, and has stuck with it for almost 35 years now. «My art encourages contemplation», the artist says. Gustavo’s constant wish is for the observer to create an opinion, a sensation or an emotion when looking at his works.
Several works by Gustavo can be found in national and international collections and others in some museums. His work is currently exhibited at the Ap’arte gallery, in Oporto; at Plus One Gallery, in London; in the Count Ibex Collection, in New York; at the Shair Gallery, in Braga; and at his own studio - Atelier Gustavo Fernandes, in Oeiras. In addition to talent you need to work hard. And, just as Gustavo tells us, «art makes people better, the world better».