«We are in the Details» 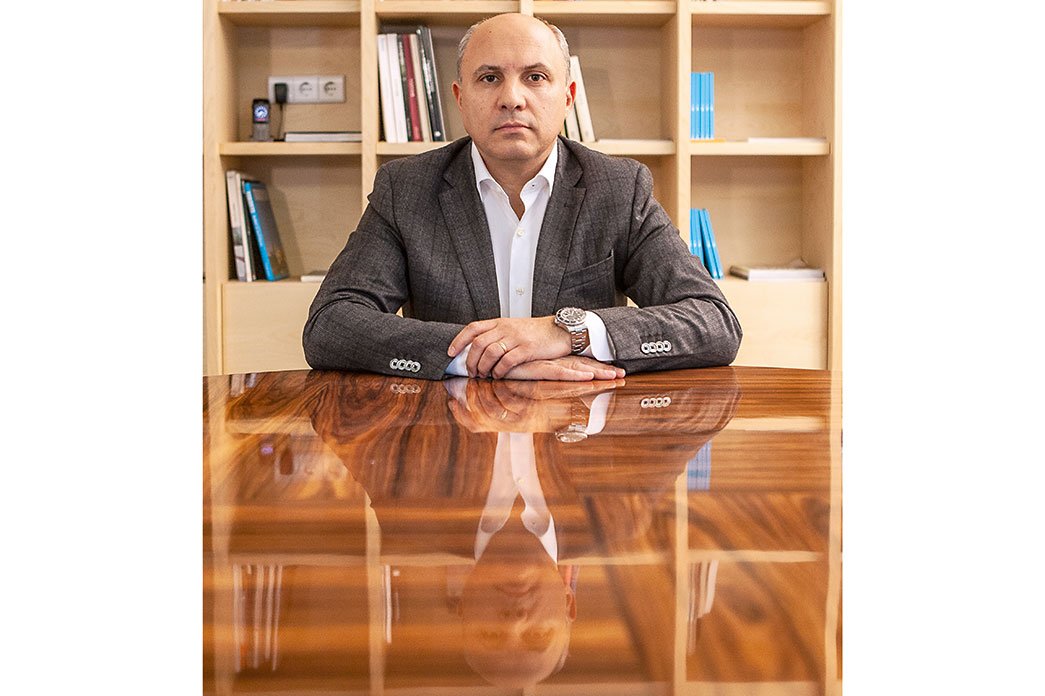 Paulo Baptista has a degree in Civil Engineering. In 1995, he took on the challenge of setting up and heading BEC, a company within the construction industry, geared towards interior design, founded in Braga in 1996. While in its first years, the company’s growth lay in the retail sector, in 2010 BEC embarked on a new course, focusing on the residential area, in its medium/high segment, as well as putting it efforts into internationalisation. Attention to detail, rigour, innovation and professionalism have ensured that ‘fortune’ is on its side and, today, beyond its undeniable reputation, BEC enjoys a strong international presence.

How did BEC come into being?
In 1995 I was a technical director at a construction company, when I was invited to set up and head a project, also in the construction sector, but geared towards interior design. After some reflection, I decided to accept the challenge, and BEC was created in 1996. We were ten people! The first months represented a period of great adaptation as we were starting from scratch after all... When BEC was created it included a small carpentry/joinery workshop as part of its organisational structure, a condition that we considered to be fundamental for achieving our goal and for being able to respond more effectively to the requests of the architects contacted, who were our privileged partners.

What was your work background up to BEC?
I studied my degree at the University of Minho, in Civil Engineering – Field of Production. That same year I was invited by my course department to teach the Topography course, and, at the same time, I did an internship in a project company. In 1992, I was hired as technical director in a construction and public works company in Braga, and worked there until the creation of BEC. During 1993 and 1994, I worked in parallel as a maths teacher.

What business areas does the company operate in?
BEC was created to respond to a niche market, which, in 1996, had barely been explored: interior design. The introduction of the ‘Turn-Key’ concept in our activity attracted particular interest from architects. In the first years the growth of the company was based mainly in the area of ​​retail, coinciding with the expansion of shopping centres in Portugal. This close relationship with retail has led, within our operations, to a high level of awareness with regard to meeting deadlines and a great deal of attention to detail. In fact, our motto, «We are in the Details», resulted from this symbiosis. In 2010, our strategy underwent a change of direction, concentrating on the residential and its medium/high - high segment and with a stronger focus on internationalisation. Since 2016 the hotel industry has been a strong focus for BEC’s expansion possibilities.

Are the pieces of furniture you produce exclusively for the projects you develop?
Our industrial unit, currently about 3500 sqm, produces the carpentry and furniture elements that make up the projects that BEC works on, but it also attends to several requests from designers, who wish to develop their own range of furniture. In fact, this component is becoming increasingly important in our production. In 2018 BEC made a very significant investment in its industrial unit. It also intends to move forward with a new industrial unit and to integrate a light metal workshop for making metal elements complementary to furniture production.
«Since 2016 the hotel industry has been a strong focus for BEC’s expansion possibilities» 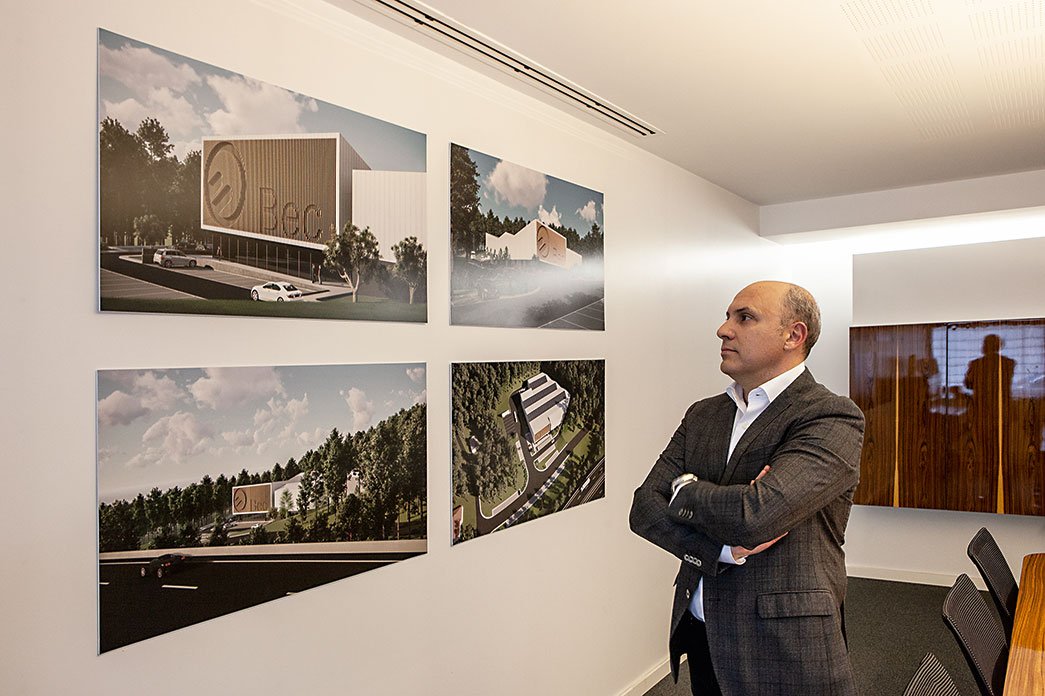 What makes BEC an innovative company unlike any other?
What sets us apart may have to do with the very close and personalised approach that we enjoy with our clients, essentially architects and designers, giving them transparency and rigour. The fact that our intention is to be permanently challenged has given our employees greater responsibilities and a constant search for answers.

Has BEC adapted to the digital age?
BEC has also been investing in processes and technologies that are synonymous with innovation in the quest for permanent improvement. In fact, in 2016, BEC was chosen by the company PRIMAVERA for its national roadshow, under the title Digital Transformation. As part of NP EN ISO 9001 certification, the quest for continuous improvement also requires the introduction of innovation into its internal processes. With a view to improving the way it communicates, BEC intends to develop a digital platform that allows clients to follow, online, the status of their work. 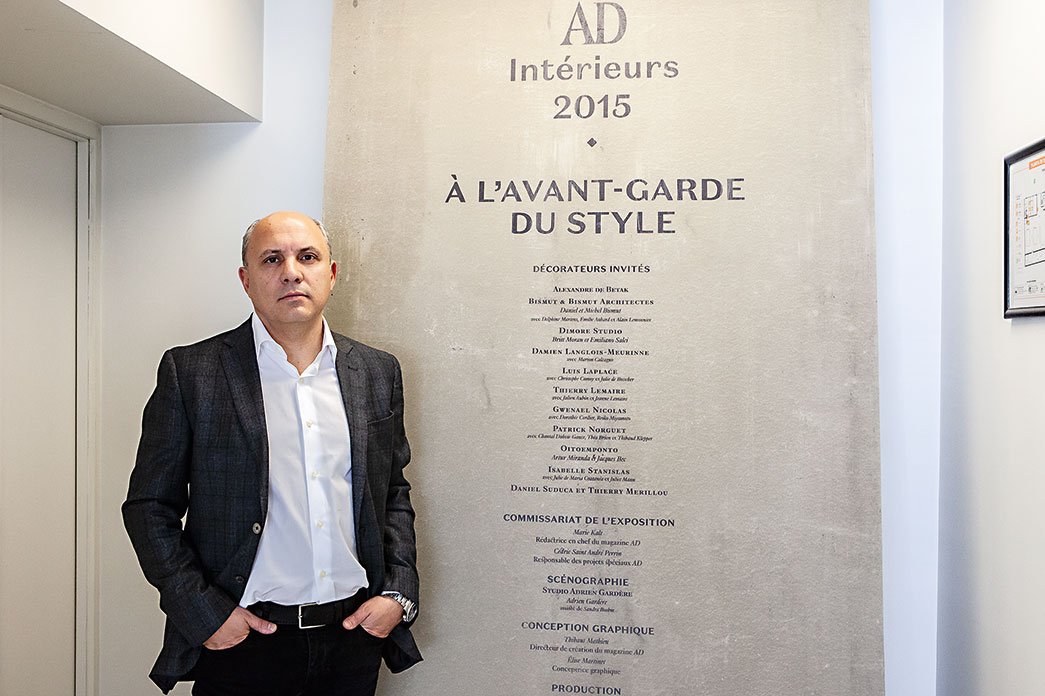 What is the international reach of the company?
In 1996, it was immediately established that the market to be reached would have to have an Iberian dimension. In 1997, we undertook our first work in Barcelona and, in a natural progression, after a few years, we opened an office in Madrid and later in Barcelona. With the crisis in 2011, the operation in Spain became much less appealing and we decided to close both offices. It was thanks to Spanish architects that we were challenged to work on projects in Italy, such as the creation of office space, a veritable challenge at the time! Another major challenge was being involved in two projects in Moscow. In 2010, we made a strong commitment to the French market, setting up our BEC - France branch. The knowhow acquired over the years and the fact that the Portuguese labour is highly appreciated, has ensured us a strong market penetration. BEC has a strong international presence, and is present in France, England and Morocco. In 2018 it represented about 80% of its production.

To what extent is your collaboration in exhibitions, such as AD Intérieurs, important for the company?
Our collaboration with AD Intérieurs began in 2015 by a happy coincidence. We were responsible for the construction of the exhibition’s entire scenery, involving about 60 tons of material, the assembly of which was accomplished in just two weeks. It was a success and the start of a partnership that endures to this day. This partnership has significantly increased our reputation, especially among French architects and designers, but we must continue to prove ourselves to deserve their trust. You can’t take anything for granted! The 2015 edition resulted in a relationship with one of the largest construction companies in the world, VINCI-Construction, which, through its PLENDI brand, dedicated to projects in the luxury segment, has allowed us to be involved in projects that initially would have been impossible to access, such as the renovation of the Mandarin Hotel in London. Other works are already being planned within the scope of this relationship.

What was the most challenging project you have developed to date?
It is difficult to choose just one, not least because we are continually challenged, and also it depends on what parameter you gauge it from. In terms of technical difficulty, I would say doing the offices for Fraunhofer Portugal, on University of Porto Campus, to which was added a completion deadline of just four months. In terms of amount of work, deadline and work conditions, it would have to be the renovation of the Mandarin Oriental in London, given the very nature of it, which represented a new organisation and management paradigm for the BEC. And projects in Moscow and Casablanca, for their distance and for their logistical difficulties.

What goals does BEC plan to achieve in the short/medium term?
Our main ambitions include consolidating partnerships developed in the countries where we operate, as it is with them that we can grow in a continuous and sustained manner. The construction of a new industrial unit will also make a great contribution to this sustained growth, while also responding to the new demands of the global market, of which BEC is clearly part.