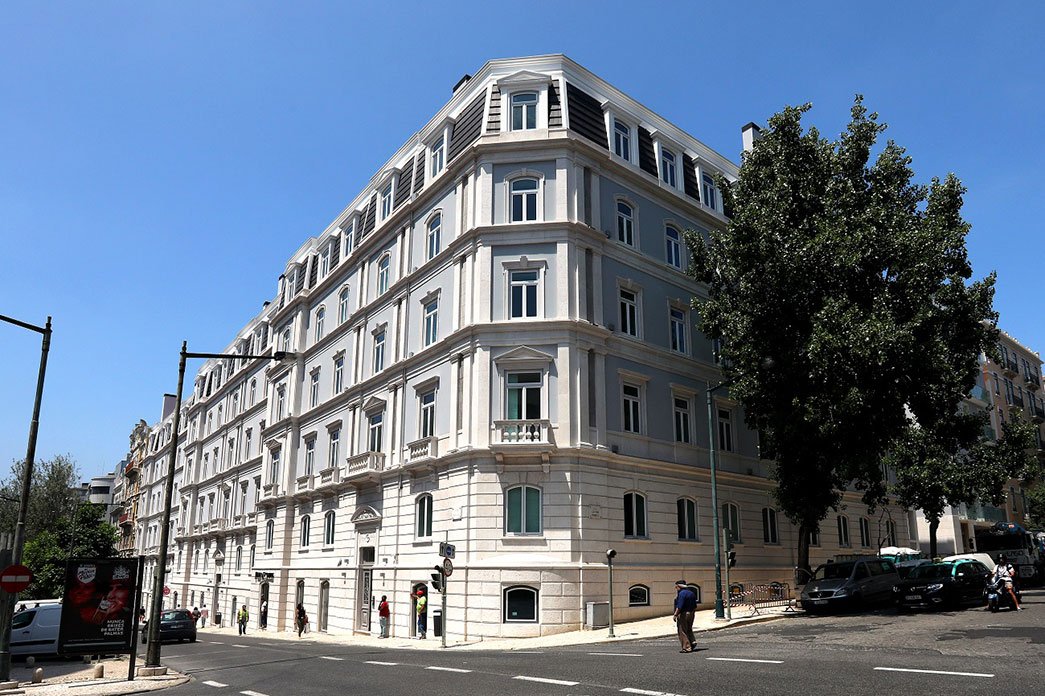 SottoMayor residences, located in Avenida Duque de Loulé, in Lisbon, was distinguished as Melhor Habitação (best housing) by Prémio Nacional do Imobiliário 2019 (national real estate Prize 2019) and the awards ceremony was held on April 4, at Hotel Vila Galé Cascais. It was developed by Coporgest-Companhia Portuguesa de Gestão e Desenvolvimento Imobiliário S.A. and has been considered the greatest work of urban residential/rehabilitation for the last 15 years in Lisbon. The project, which had already received the award for Best Residencial Renovation/Redevelopment Portugal 2016-2017 by European Property Awards Development, comprises 97 apartments, three shops, gardens and a swimming pool. Three of the four buildings that make up the SottoMayor houses were built in 1904, by the banker Cândido Sotto Mayor. The set of four buildings, with a gross building area of 26,400 m2, was acquired in a state of ruin by Coporgest, which resorted to the most modern engineering and a 60 million euro investment, turning it into a perfect junction between the valuation of the interior architecture of the 20’s and the comfort and elegance of modern times.