Retreat in the centre of the city 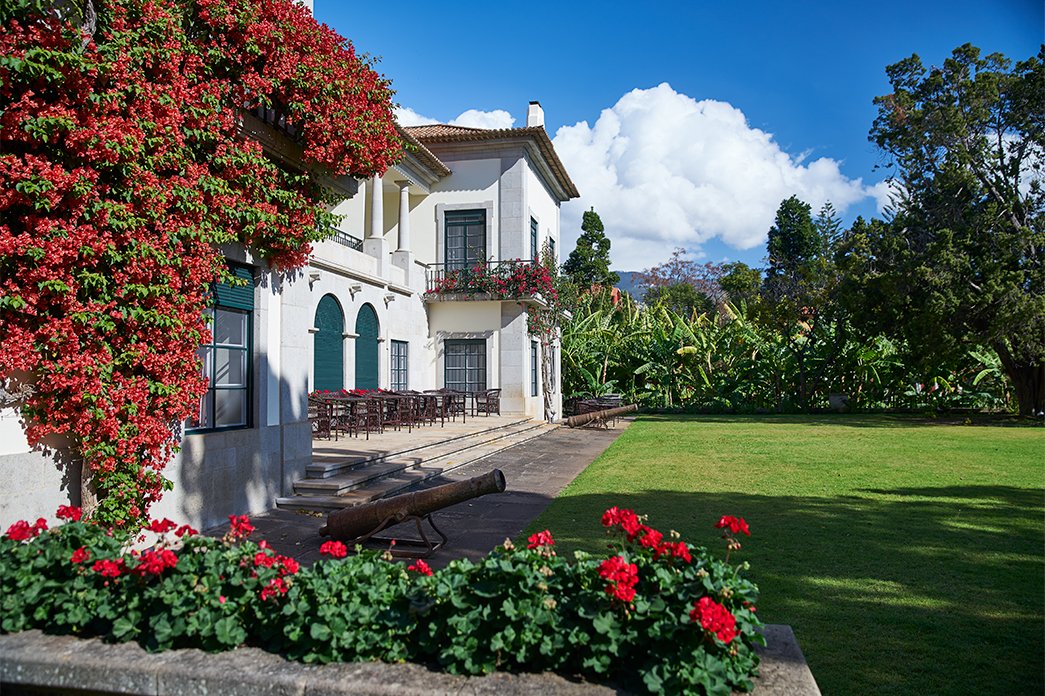 From the balcony, you can see the sea and the hills above Funchal. Quinta da Casa Branca is only two kilometres from the city centre, but it is more like a natural retreat, far from the urban bustle. The green areas surrounding this boutique hotel help in this respect: they make up about 28,000 square metres of lush gardens. In them you’ll see camphor trees, magnolias, jacarandas, kapok trees and other species with rather curious names. This is the case of the sausage tree, the butia ‘jelly’ palm and the popcorn senna. In all, the botanical hotel has more than 360 species, which make it extremely colourful. And, of course, there are the banana trees, so traditional in Madeira. In fact, they are an important part of the history of this place.
Quinta da Casa Branca has belonged to the Leacock family since the 18th Century, but the banana trees and vineyards were only planted in the 19th Century, making the family one of Madeira’s largest wine producers until the mid-20th Century.

In all, the botanical hotel has more than 360 species, which make it extremely colourful.

The hotel, designed by João Favila Menezes, came about later on. Although contemporary, it is fully integrated into nature. Inspired by the volcanic essence of the island, it was built using black slate and timber. It has two swimming pools (one heated) and rooms with wonderful views. The Health Club is equipped with a fitness room, sauna, steam bath, massage bath and a relaxation room. The Phytocéane Spa offers massages and beauty treatments.  The Dining Room restaurant has a terrace for al fresco dining and serves Mediterranean cuisine à la carte or as a fixed menu. Amongst the tropical gardens, you will find a glass building, the Garden Pavilion restaurant, which has a buffet breakfast, lunch and snacks. Quinta da Casa Branca also organises private jeep tours around the island, levada walks, boat trips, in addition to car and bike hire.