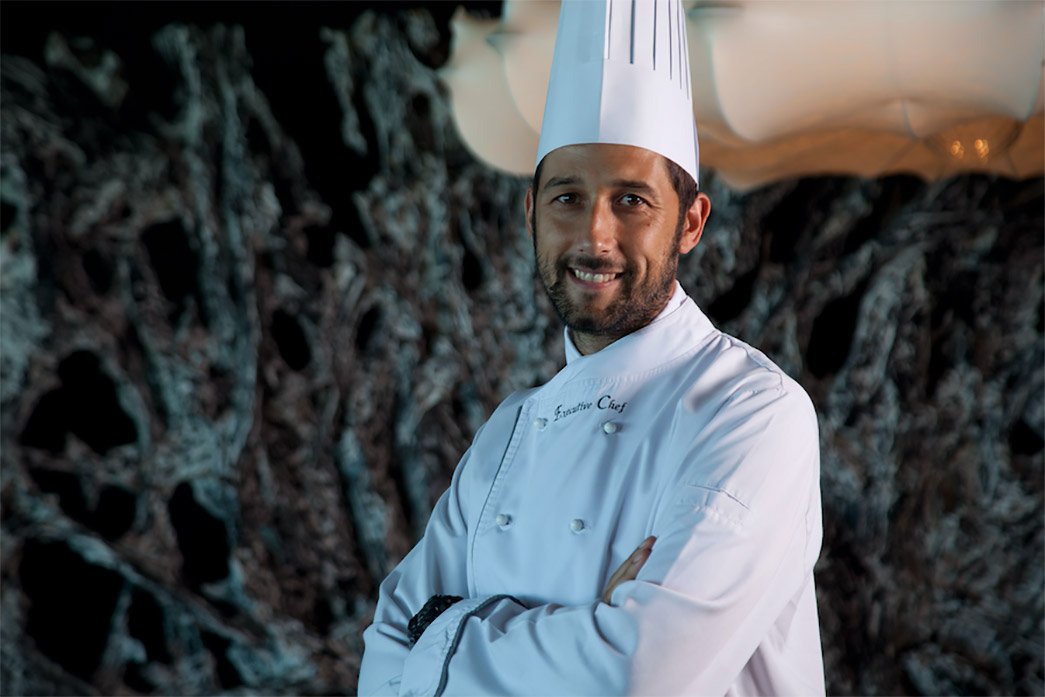 Having integrated the team of Farol Hotel’s kitchen for seven years (2010-2017), Hugo Silva accepted the challenge of returning home, as the Executive Chef, at a time when the emblematic hotel of Cascais  is in the midst of global expansion. Over the years, the Chef has been through a lot of kitchens, filled with Michelin stars, such as the famous restaurants Can Fabes Relais & Châteaux (Barcelona, 3*), Buerehiesel Relais & Châteaux (Strasburg, 3*), San Paul (Spain, 3*) and Hoffman (Barcelona, 1*), that have guided their kitchens and influenced their work at Farol Hotel. In the last two years, he led the kitchen of Hotel Convento do Espinheiro, in Évora, but, in Portugal, he had also integrated the team of Chef Vincent Farges, at Fortaleza do Guincho Hotel. According to the Chef, The Mix, whose new Charter will be launched in June, is a restaurant with a Portuguese essence because all ingredients are national and local. In addition to the richness of seafood, the Chef has also been using more and more vegetables. Hugo Silva recognizes, more than ever, the Portuguese cuisine as a cultural heritage and as an integral part of our identity and heritage, where the intrinsic value of food must be a priority.