«My aim is to mobilise the CDS» 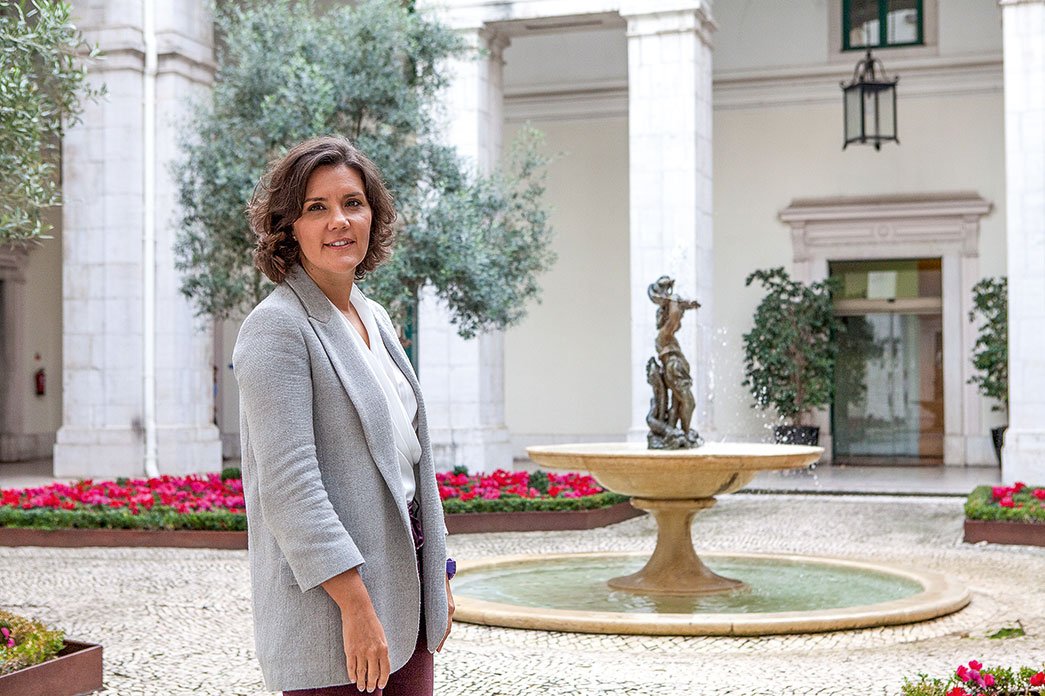 At just 42, Assunção Cristas boasts a CV that contains positions such as lawyer, professor and politician. The former Portuguese minister for Agriculture and Fisheries Portugal is, at the same time, the mother of four children, leader of the CDS-PP party, in addition to running for mayor of Lisbon. In an interview that was difficult to arrange, given her busy schedule, the leader of the CDS explains that it is in her family that she finds the support she needs to fulfil the mission she has set herself within the party, something which sees as her higher cause at the moment. A legacy inherited from Paulo Portas, the man who invited her, nine years ago, to make her first steps into politics, and with whom she speaks, from time to time. From the Catholic values passed onto her by her parents, to the races she enters regularly to stay in shape, this is a brief portrait of a woman, who likes to live life at her own pace. A life that she makes the most of, through speed, energy and ambition.


What is your current view of the country you were born in, Angola?
It is a country that still has many challenges, first and foremost with consolidating democracy itself. A country in which poverty and the challenge of diversification and of economic growth are enormous. I believe that there is great deal of work to be done. Something has already been done, of course, but there is a long road ahead.

Family is your pillar of support in everything you do. Do you feel that at the moment you are getting more than you give?
I feel that there is an ongoing, daily challenge, in being able to combine an intensive work life with family, which is the structuring pillar of my life. This is achieved through striving for balance, striving to combine schedules, sharing tasks with my husband.

What were the main values that you received from your parents?
I believe they were the values of faith, of solidarity, of generosity, of openness to others, of always being available, which I saw in the concrete example of their lives, but also the values of happiness, hope, honesty, seriousness and of the value of work.

Seeing as your husband belongs to the PSD party, has it been easy to live ‘affiliated’ to him when it comes to political ideals?
My husband likes to say, as a joke, that he the person from the PSD that does the most work for the CDS, and it’s true. First and foremost, in sharing the work we have at home and which enables me to be so committed in politics. We dovetail on many points of view, although he continues to belong to the PSD, although less actively, if we can put it that way. And he is always by my side, making sure that things go well for me and for the CDS, which is my higher cause at the moment.

«The major challenge is to combine the party, the demands of politics, with my family» 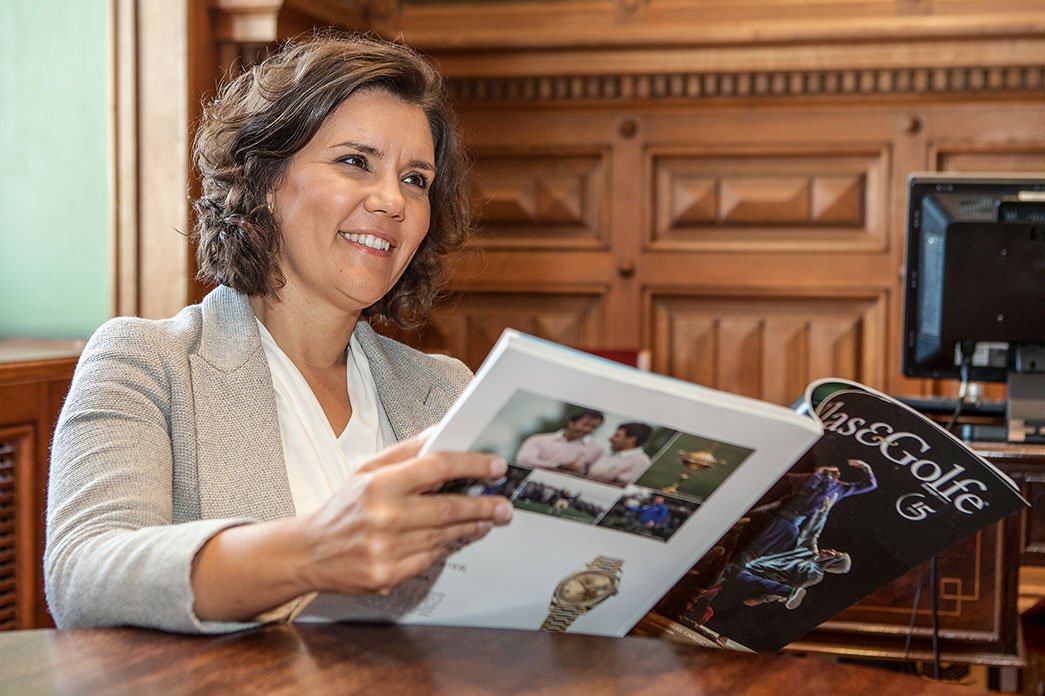 Who demands the most from you: your children, your husband, your party or you yourself?
The demands are many, they are permanent, and at the same time. I usually say that I always come last, because when it comes to me there’s often no time left. But the major challenge is to combine the party, the demands of politics, with my family. Here, I always think that the person with the hardest part is my husband. Because within the family circle, attention has to be given by me and by him, because our children always come first. But I am always striving to keep things balanced too. I think that my husband understands and supports me. I enjoy this happiness.

Has the way you’ve built up your political career left many people amazed by what you’ve achieved?
People think that I’ve been in the CDS for a short while and, in fact, I’ve been in the CDS for nine years, and that seems like a long time to me. In politics, things have happened really quickly, but not just in politics, it was like that for me before. In my work, at university, everything was really quick. I had my PhD at 30, I was a tutor while still a fourth year student, then I was a trainee lecturer, then I immediately started the PhD programme… so, it was all very quick… after three years I was an associate professor. If I think about my personal life, I got married at 23, very early given today’s standards. At 30 I already had three children and now, I have another daughter. The context of my professional, party and family life is very intense and quick, and I like it that way.

Is the fact that you started to take more care of your image, to start running, for example, also part of your political campaign?
I started running out of necessity, because having a child at 26 or at 28 or at 30, when I had my first three, and having one at 38, is very different. I really had to make an effort if I didn’t want to end up a little chubby. To this end, I first started to walk, and then I started to feel the need to run, something that I would never have believed. If you’d told me this ten year beforehand, I would have believed it impossible. I always hated running.

Will the coming municipal elections say a lot about your work as the leader of the CDS? How do you think voters will react at the ballot box?
The municipal elections are always a difficult challenge for the CDS. At the moment, the party is regaining some ground and my aim is to mobilise the CDS. Tell them that the road isn’t easy, but if it had been we wouldn’t be where we are today. We need to dig deep. I am setting an example, because I see there is much to be done in Lisbon and I believe that I can spearhead a highly motivating project for the city. We are duty bound to give the best we can at all times. There are these highly prevalent structural and historical issues of other political powers, which are difficult to overcome, we all know it, but we have to set ambitious goals, on the one hand, and realistic ones on the other.

How is the relationship between the CDS and the PSD?
It is a civilised relationship, in which two parties, which have an important joint history, both have their autonomy, their identity, their own path, in which we share, at the moment, a conviction that alone we are able to grow more, to better assert our proposals. This is the work we are doing, faithfully and with mutual respect. I have striven, within the CDS, to make exactly this understood. We are growing on our own steam, we have a challenge, we are looking ahead, we are highly ambitious. We also know that we have a natural partner in the PSD and an ally in many battles, as is well known, incidentally, in municipal affairs, for example.

Will the CDS and PSD ever run together again?
I am confident that the CDS and the PSD can spearhead an alternative to the government of the united left, with the PS party supported by the far left. We need to build a path to get to this alternative. This path, from my perspective, is most effectively built when done independently.

You have said, on many occasions, that you like listening to others. Who are the people you surround yourself with for advice? Is Paulo Portas in this group?
I speak a great deal with the members of the executive board, which meets every 15 days, and with the national policy committee, which meets every month. Then I speak to the people with whom I work more closely. There is daily contact with various leaders in the party and parliamentary ones, to the extent that we speak a great deal through a WhatsApp group, in which several of us are connected, so that we contribute with references, with ideas, with news, with aspects to be flagged. Paulo Portas is, at the moment, very busy and very excited about his life. I speak with him from time to time, but not regularly, not daily, not weekly.

«The context of my professional, party and family life is very intense and quick» 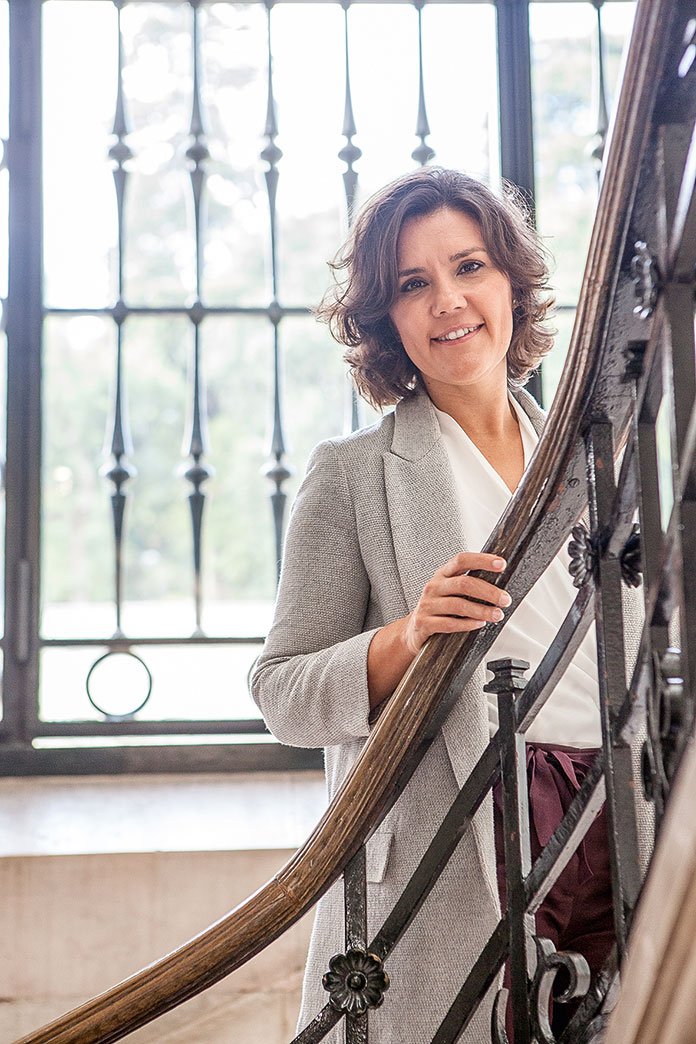 «THE CDS AND PSD CAN SPEARHEAD AN ALTERNATIVE TO THE GOVERNMENT OF THE JOINT LEFT»
Do you feel that you were the «beloved child » of Paulo Portas?
I believe that Paulo Portas has a great quality, which is being able to get the best out of people, and this is a great quality in a leader. In my case, he always gave me opportunities, which I grabbed, working and making great efforts, giving the best I could to ensure success. I believe that what Paulo Portas did with me, he did with many people in the CDS.

Politically, what has been the most critical moment you have faced?
It was probably the government crisis in 2013 and the difficulty this incurred at the time and the way of overcoming this. This was probably the most critical moment, with an important impact for the country. Personally, I think that the hardest thing I had to do was when I was a member of parliament and there was the vote on same sex marriage. This was possibly the hardest thing for me.

As a minister, do you feel that you have carried out your roll well and that people recognise your effort?
I think so; I feel that I have put a lot of myself in everything I do, that I have worked intensely, ardently and happily, that I have motivated people in the sector and I can see this all over the country. I still visit fairs, I still visit companies in this area and the people recognise with great affection and I am grateful to them for this. Sometimes people come to me and tell me about the measures I approved or the decisions I took and which had a major impact on their work and on their lives. This is a notion that ministers sometimes don’t have, because governance is a little distant and is applied to the entire country, and sometimes there isn’t this sensitivity.

What can the CDS and the country expect from you?
First of all they can expect total commitment. Everything that I can give, I give and so, this is what I will do in the CDS and in serving the country. What this will mean more specifically, time will tell. But you can always count on plenty of positive energy, with ambition and with responsibility.