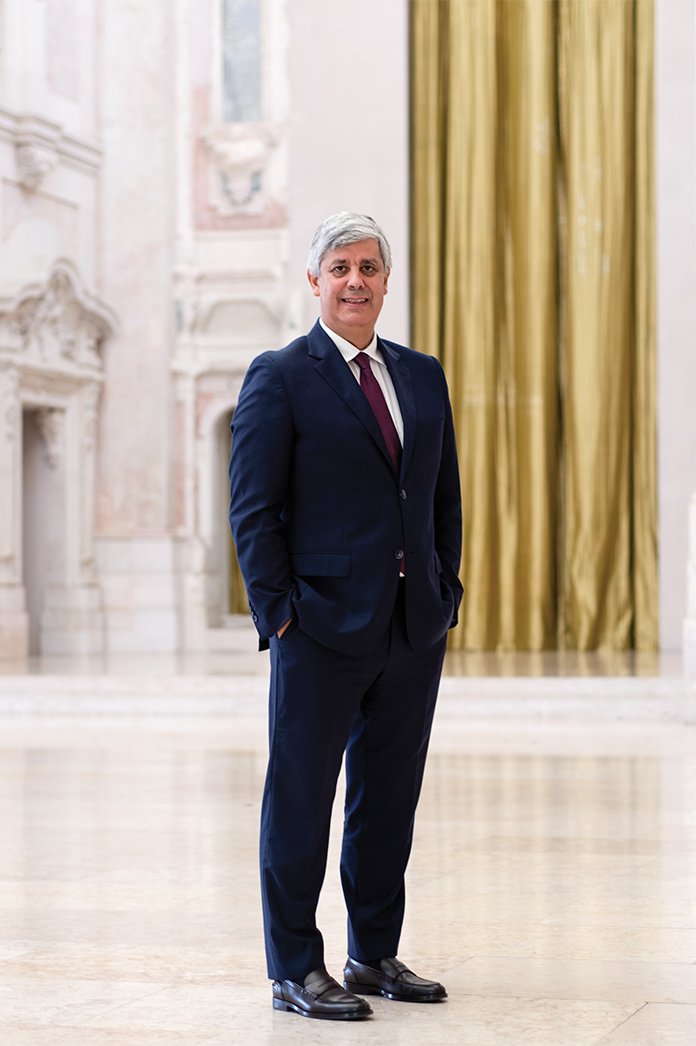 He was a consultant on the Board of Directors of the Bank of Portugal when he left to become Finance minister. It was in that position that he achieved, in 2019, what no one had achieved in Democracy: a budget surplus. The achievement earned him the titles of «Ronaldo of Finance» and «Super Mario». His CV, among many other responsibilities, also includes the positions of president of the Eurogroup (2018 and 2020) and driving force for Portugal with the European Financial Stabilisation Fund. In the meantime, he returned to his original position, but as governor of the Bank of Portugal, a position he still holds today. Whatever happens, Mário Centeno is undeniably a name that has already entered history.

If you could name them, which would be the moments that have most marked the country and the world in these last 20 years?
The path taken by Portugal and the European Union has been reflected in the way we collectively reacted to the pandemic outbreak and minimised its implications for the economy and for financial stability (in both public and private dimensions). In Portugal, having achieved a medium-term balance in public accounts in the pre-crisis period proved decisive in this ability to generate a stable framework. That was the most decisive moment. In Europe, governments, central banks, financial regulators and EU institutions were more coordinated than ever. This would not have been possible without the risk reduction that occurred between 2015 and 2019.

Professionally, what was the most decisive moment for you in these last two decades?
In the last decade, Portugal has gone through a major economic transformation. The European Union has also undergone a decisive evolution in the last ten years, with the definition of the roadmap to complete the European Banking Union, the deepening of the Capital Markets Union and the creation of a budgetary capacity in the Euro Zone. I am very proud to have participated in these transformation processes. Firstly, as an economist at the Bank of Portugal, then as minister of Finance and president of the Eurogroup and now as Governor of the Bank of Portugal and member of the Governing Council of the European Central Bank.

What, in your view, would be the major change that the country and the world would need to undergo in the next 20 years?
The consolidation and sustainability of the economic recovery is one of the great challenges that Portugal and Europe are facing. The transformation of the last decade and the coordinated response to the pandemic have created the conditions for that recovery to take place, ensuring convergence between European economies and the reduction of social inequalities, while taking the need to draw up new policies for the new challenges posed by climate change and digitalisation as sources of opportunity to build a more inclusive Europe.
18 November 2021
T. Filomena Abreu
P. Rights Reserved