«The big change would be for us to fully achieve modernity» 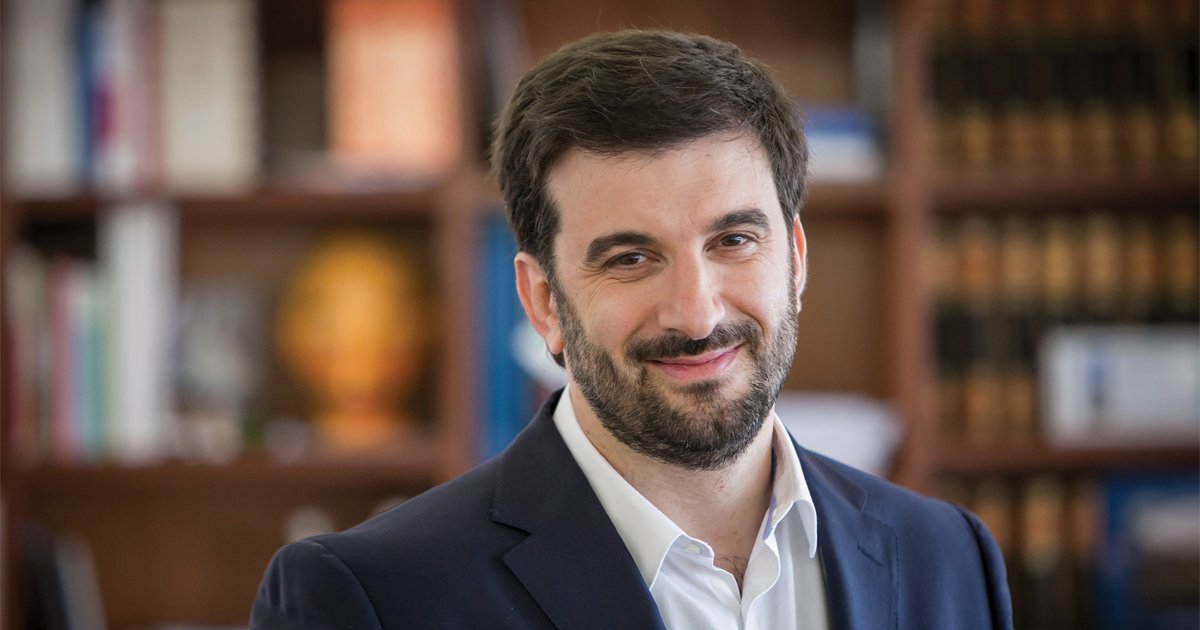 A man of science, he soon made his mark as a political activist. Tiago Brandão Rodrigues is now in his second term, an unprecedented occurrence for a Minister of Education, and thus faces one of the biggest challenges of his life. A real adventure in his political career. He spends months with no time off, days with no time for family and friends, but it is his sense of mission that makes him go down this path. The «man from the North», from Paredes de Coura, has dedicated part of his life to scientific research, has spent time in Dallas, Madrid and Cambridge; he was financed by the European Commission, through the Marie Curie Programme and by European Molecular Biology Organization; he has published various articles on the subject; among so many other activities, he returns to Portugal with a sense of duty and mission.

If you could choose which would be the moments that have most marked the country and the world in the last 20 years?
The time in which we live, which we dreamed would come to an end in a few weeks and has now lasted for over a year and a half, has shown us how the world, which spins at breakneck speed, manages to compress a lot of time into a single instant. This, then, is a complex exercise: that of looking back over the last two decades and seeing what has most marked – and left its mark on – us during this time. September 11, 2001, marked us, the exact moment when this century, which we are still far from being able to characterise, began. It made us realise we were as exposed as we had surmised, but far more fragile than we had suspected. The COVID-19 pandemic marks us, and all that we have yet to guess as the scourge, aftermath and change of this time. And the emergence and presence of social networks has marked us, accompanying us at every moment of these years, capturing us, as a society, in their fine mesh.

Professionally, what has been the most decisive moment for you in these two decades?
From researcher at the service of science to political leader at the service of the nation, these have been two decades in which, every day – even the most difficult – I feel the privilege of serving. In my book of these two decades, I have always lived with the duty and the obligation to do: to complete the PhD, between Madrid, Dallas and Coimbra, to ‘conquer’ science in Cambridge and to return to Portugal to have that privilege to serve, in such a different period for the country and for the world as the one we are in now. And always remembering the words of Father António Vieira, which I recall profusely: «We are what we do. What is not done does not exist. Therefore, we only exist when we do. On the days we don’t do anything, we only endure.»

What do you think would be the big change that the country and the world would need to make in the next 20 years?
The great change would be for us to fully achieve modernity. To achieve conditions so that, united by the ideals of Freedom, Equality and Fraternity, each one of us could find the space and time to achieve our full emancipation, having the necessary material resources to live with dignity and the intangible resources to be critical and constructive of ourselves and what surrounds us.