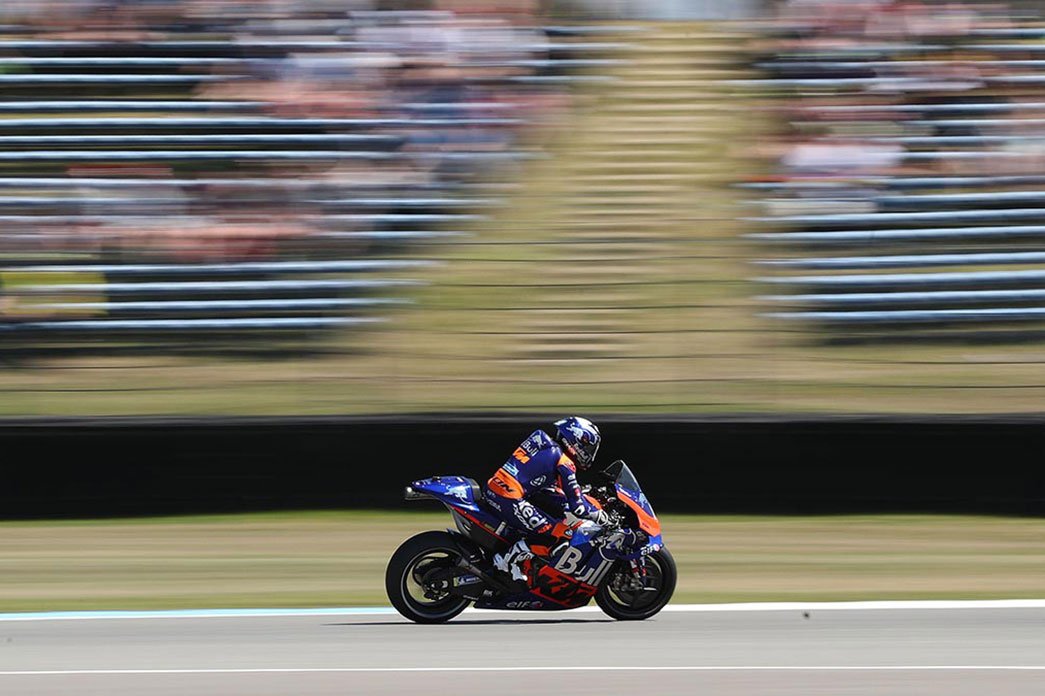 The Dutch Grand Prix, held at Assen TT Circuit, was the stage for a demanding race where the young Portuguese rider Miguel Oliveira reached the outlined goals for the eighth round, rating points for the fifth time this season. After a qualification in 20th place, Miguel Oliveira made a good start by battling with his Red Bull KTM Tech 3. The young man from Almada soon rose overall and after crossing the finishing line for the fifth time, he had already risen four positions in the chart, entering the Top 15, shortly after the middle of the race. The pilot finished in 13th position, nine-hundredths distance away from the Spaniard Aleix Espargaró. Miguel Oliveira was second fastest KTM rider, just five seconds over Pol Espagaró, who completed the race in 11th place. The victory went to Maverick Viñales (Yamaha), followed by Marc Márquez (Honda) and the third place was to the newcomer Fabio Quartaró (Yamaha).